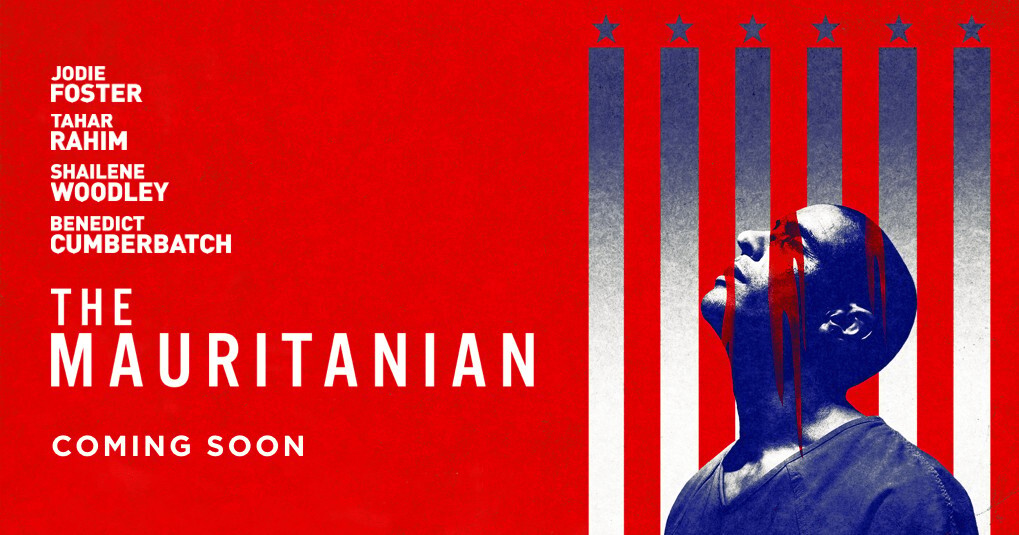 On January 29th, 2021, the New York Review of Books published an open letter from Slahi, and six other individuals who were formerly held in Guantanamo, to the newly inaugurated President Biden appealing to him to close the detention camp.

The Mauritanian directed by the Oscar-winning Kevin Macdonald and based on the New York Times best-selling memoir “Guantánamo Diary” by Mohamedou Ould Slahi, is a timely film and a reminder that Guantanamo Bay remains open and must now be shut down. The Mauritanian is the inspiring true story of Slahi’s fight for freedom after being detained and imprisoned without charge by the U.S. government for 14 years. Alone and afraid, Slahi (Tahar Rahim) finds allies in defence attorney Nancy Hollander (Jodie Foster) and her associate Teri Duncan (Shailene Woodley) who battle the U.S. government in a fight for justice that tests their commitment to the law and their client at every turn. Their controversial advocacy, along with evidence uncovered by a formidable military prosecutor, Lt. Colonel Stuart Couch (Benedict Cumberbatch), uncovers shocking truths and ultimately proves that the human spirit cannot be locked up.

In 2002, Mohamedou Ould Slahi, was detained in his home country Mauritania and rendered to US military-run prison camp Guantanamo Bay. Interrogated and tortured under suspicion of being involved in terror attacks, he remained there until his release in 2016! Over 129 minutes, Kevin McDonald takes us on a harrowing journey, telling a story of how this incredible man survived his ordeal in a desperate pursuit of justice.

Today, Mohamedou Ould Slahi is back home with his family but forbidden from leaving Mauritania. “I am still not a free man” he says in a short documentary my daughter Anuradha Henriques recently shared with me. After 13 years, Mohamedou Ould Slahi reunites with his former guard, Steve Wood when he visits him in Mauritania. Steve Wood was deployed to Guantanamo Bay in 2004. He was just 24 years old. Meeting Mohamedou Ould Slahi was “my matrix moment in life, it was impossible not to like this guy” says Steve Wood. Mohamedou Ould Slahi shares his reflections on a friendship forged under the most terrifying conditions. “It’s very hard to say someone is your friend, when that someone has so much power over you including terminating your life with no consequences whatsoever. That is a hell of a relationship.”

Over the years, we learn that Steve Wood has embraced Islam. “I believe in humanity, I believe that we don’t need countries, we don’t need borders. Steve and I are the embodiment of that, we transcend all those stereotypes, all this hatred. We didn’t do that after prison, we did that in the darkest of all moments. We did that when it mattered the most.” – Mohamedou Ould Slahi, My Brother’s Keeper: a former Guantanamo detainee, his guard and their unlikely friendship.

I am reminded of the words of Nelson Mandela who spent 18 years in prison on Robben Island and during that time, he too forged an unlikely friendship with one of his guards. Forgiveness liberates the soul, it removes fear. That’s why its such a powerful weapon. – Nelson Mandela.

The Mauritanian is a must-see film. While theatrical release has been challenged due to the COVID-19 pandemic, it is likely that the movie will be made available to rent on such streaming services as Amazon Prime Video and Google Play Store. Please watch and share with your friends.