The Life Ahead stars Sophia Loren and is directed by her son Edoardo Ponti, whose father was the late producer Carlo Fortunato Pietro Ponti Sr.

Born in 1934, Sophia Loren is an icon of the cinema screen. She was the first woman to win the Best Actress Oscar for the foreign-language film in 1962 (Two Women, directed by Vittorio De Sica). She has made over 100 films and has worked with many of cinema’s greats, including Charlie Chaplin, Clark Gable, Gregory Peck, Marlon Brando, and Marcello Mastroianni.

So why is this 86-year-old working with a 12-year-old Senegalese refugee in The Life Ahead, the latest adaptation of the 1975 novel by French writer Romain Gary titled The Life Before Us? Set in the southern Italian port of Bari, Loren is Madame Rosa, a former prostitute and Holocaust survivor who has taken on the long-term babysitter role for the children of neighbours that, for whatever reason, cannot look after the children. The story is told through the eyes of Momo, a 12-year-old street kid, a Muslim immigrant from Senegal who Madame Rosa reluctantly takes in at the insistence of a therapist friend.

I am a diehard fan of Sophia Loren because when I came to England in 1965, she reminded me so much of the Bollywood stars of the same era. For a long time, I believed she was Indian! Watching The Life Ahead took me back to those memorable films and it is so lovely to see her on the screen again. Even at the age of 86, she brings grace, intelligence, and the innate charism of a movie star to the screen.

The Life Ahead is a story of love and tolerance between Loren and Momo played by Ibrahima Gueye who will steal your heart. Momo first meets Rosa in a market where he steals a couple of antique candlesticks from her arms and tries to run off with them. Ibrahima Gueye’s performance is outstanding, a striking screen presence. He is the narrator of the story, with a laser scowl, smart and funny, figuring out the world around him. In this debut performance, Gueye is striking in his embodiment of a child full of anger and protest against life as he has known it and who finds solace in Loren as the mother figure. I later learned that he was one of 350 kids the director auditioned for the part, with little knowledge of acting or the cinema. This co-star has a talent for conveying his emotions through his face and body language. Born in 2008, Gueye is known for his work on “Adouna: La vie, le monde” (2012) and “Muneca Negra” (2019). The Life Ahead is his first major role.

The Life Ahead is a contender for the BAFTA 2021 Film Not in the English Language category. It was bought by Netflix and released globally by the streaming giant in November 2020. Watch the trailer here.

Go watch the film of a son, directing his Oscar-winning Mother and unleashing a new young African talent on the global stage.

About Parminder Vir OBEParminder Vir OBE has dedicated herself to positively impacting and transforming lives through a professional career spanning 40 years in philanthropy, entrepreneurship, film and television production, arts and culture, and investment funding. She is the co-founder of the Support4AfricaSMEs campaign and The African Farmers Stories, launched in 2020. She served as the CEO of the Tony Elumelu Foundation, based in Lagos, Nigeria from April 2014 to April 2019. Prior to joining the Foundation, Parminder has enjoyed a distinguished career as an awarding winning film and television producer and private equity in 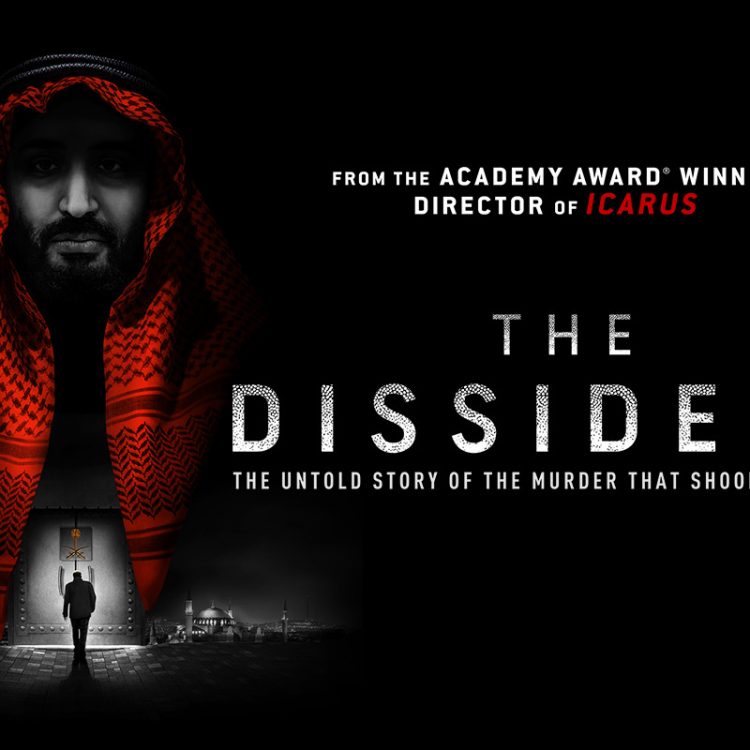 The Dissident: The Untold Story of The Murder That Shook The World, directed by Bryan Fogel