SHANG-CHI AND THE LEGEND OF THE TEN RINGS 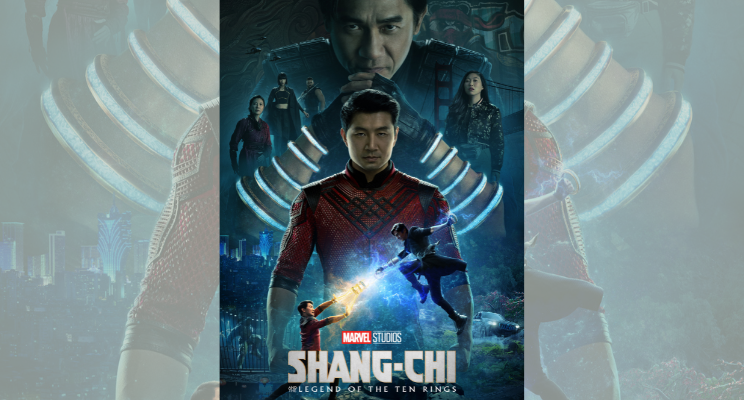 Three months ago, I went to see Shang-Chi and the Legend of The Ten Rings–what an amazing film! Pure entertainment, visually stunning and deserving of an Oscar. The fight sequences in this movie are insane – a tribute to Brad Allan, the fight choreographer who sadly passed away on the 7th of August 2021. The final battle is visually stunning, so much action with heart and emotions. The film is epic. I highly recommend a viewing on a large cinema screen, and if possible, IMAX!

Shang-Chi and the Legend of The Ten Rings is a 2021 film in the Marvel Cinematic Universe, and is the first Marvel Studios film with a primarily Asian focus, director, and cast.

It was directed by Destin Daniel Cretton, who is of Japanese descent, with screenplay written by Cretton, Dave Callaham (who is of Chinese descent), and Andrew Lanham. The film has received broadly positive reviews for its representation of Asian culture, cast performances and action sequences.

The film follows Shang-Chi (Liu), who must contend with his past when he confronts the Ten Rings organisation, led by his father Wenwu (Leung), and goes in search for a mythical village alongside his sister Xialing (Zhang) and best friend Katy (Awkwafina).

Filming began in February 2020 in Sydney and other locations within New South Wales, Australia but was halted in March due to the COVID-19 pandemic. It resumed in August 2020, with additional filming on location in San Francisco in October. It was released on September 3rd, 2021 and has grossed over $368 million worldwide, currently making it the sixth-highest-grossing film of 2021.

Development for the film began back in 2018 when Marvel decided to fast-track the production of a movie featuring the character Shang-Chi, who first appeared in the comics in 1973 as a “Master of Kung Fu”. The original character was conceived to capitalise on the popularity of martial arts at the time and was beset with racial stereotypes. In developing the 2021 film, its writers Cretton and Callaham reinvent the character to tell a respectful and meaningful story that explores Asian and Asian-American themes.

Two films from 2018 also influenced Marvel’s decision to produce Shang-Chi: Black Panther, which allowed African and African American culture to be explored and presented by Black creators, and Crazy Rich Asians, a movie whose success brought an understanding that there was a place for Asian stories and experiences in Hollywood.

Dave Callaham, in an EW interview, recalled feeling emotional when he began working on the film:

“I stepped back and I thought, ‘Why do I feel this way?’ And I know this sounds like a pat answer, but I realized this is the first time I’ve ever been asked to write from my own experience, from my own perspective.”

In many ways, Shang-Chi and the Legend of the Ten Rings is the “Asian Black Panther” – an avenue for Marvel Studios to present a culture that has been “othered” to its large audience through nuanced storytelling from creatives of Asian descent.

Back when film development was first announced in late 2018, Richard Newby wrote for The Hollywood Reporter:

“There are Asian-American writers who can better speak to their hopes for the Shang-Chi movie and the kinds of trials and triumphs they’d love to see reflected from their own experiences. But as a black writer, I can speak to the fact that Black Panther illuminated concepts I never thought I’d see in a superhero film. … I want Shang-Chi to be that for Asian and Asian-American audiences. I want Shang-Chi to be that for all audiences who are willing to listen to a story that offers more than kung fu — a story that will undoubtedly shape our next decade of comic book films and the people hired to tell them.”

I think the film delivers on this and more.

Watch the official film trailer here, and be sure to watch it in your nearby cinema.

In a professional career spanning 40 years, Parminder Vir OBE has dedicated her life to telling untold stories, resourcing the skills and imagination of under-served communities. She is an expert on African entrepreneurship, an award-winning film and television producer and advocate for arts and culture. She currently serves as the Chair of Ongoza, Kenya and an Advisory Board member of Dalberg Media. She served as the CEO of the Tony Elumelu Foundation where she designed and implemented a holistic entrepreneurship programme, impacting over 10,000 African entrepreneurs across 54 African countries from 2014–2019. She continues to advocate for entrepreneurship as the best path for the social and economic development of Africa.