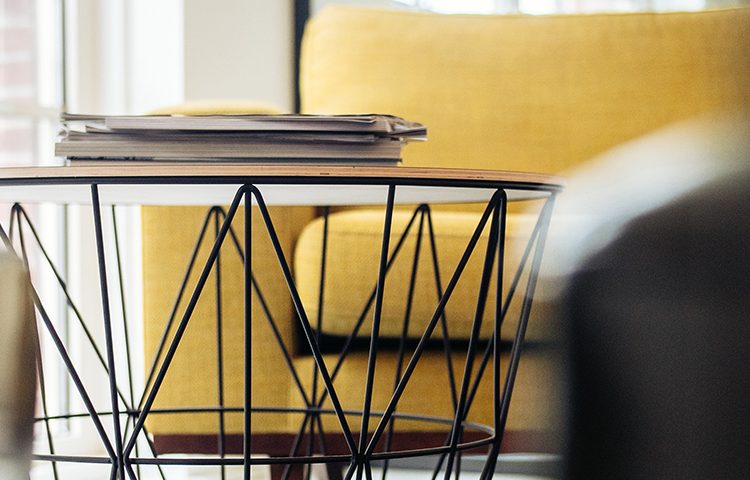 My personal journey in the media industry began in 1986 when I joined the BBC as researcher in the Music and Arts Department, working on a weekly Arts Magazine programme. I joined the industry at the age of 30 when most people are considering either leaving or consolidating their 7-10 year career. I moved from a very successful career in Arts Administration working with MAAS, Commonwealth Institute and Greater London Council where I managed a budget of over £4 million for Ethnic Arts.

Within six months of joining the BBC in 1986, I was able to develop my research skills and learn about the production process, through delivering items for the weekly arts magazine show and a documentary series about Artists in Exile. In this short time, I also knew what I wanted to do in the industry:  Tell stories and to produce.

But I also learned a lot about the industry from the inside. It is ruthlessly competitive, informal where who and not what you know matters, the executives to whom I was reporting were incredibly insecure, always second guessing their superiors.  That it was dominated by metropolitan, largely liberal, white, middle class and largely Oxbridge educated elite.  The decision making power was concentrated with controllers and commissioning editors who were all white males. There was no job security and ideas could not be protected. It is by no stretch of the imagination glamorous, you have to work long hours for little pay. I was looking at not just a glass ceiling but a concrete ceiling and had to make decision: do I stay and hope that my hard work would yield rewards or leave.

Recognising that the opportunity to develop my producing skills was in the independent sector, I chose to leave the BBC just six months after joining. I enjoyed researching stories, generating ideas and putting together teams. This is what excited me about working in the industry. In 1987, I set up my own independent production company, Formation Films, pitched an idea to Channel 4 and got my first commission. Exit No Exit, a dance drama set on the London Underground, was my first independent film production. It also became my entry into independent television production.

From 1987 to 1996, I travelled the world, producing documentaries and drama for national and international channels working with filmmakers from what was then called the “Third World”. In 1995, I produced 10 documentaries with 10 directors from Africa, Asia, Latin America, UK and Europe. By 1997, I had secured £2 million for Babymother, an all black cast reggae musical set in West London.  Following the completion and release of my feature film Babymother, in 2000 I joined Carlton Television as a full time Executive Producer/Diversity Advisor.

Move to Cultural Diversity in 1996:

In 1996, my feature film was delayed as it required further development and television had changed, it was no longer interested in international stories told by filmmakers from outside the UK. Left with no choice, I closed Formation Films Production office, put filing cabinet full of programme ideas in a shed at the bottom of my garden and went looking for work.

In May 1996, I was engaged as diversity advisor and produced a 12 month plan on how they could improve on and behind screen employment of minority talent.  This included:

Within 12 months, Carlton Television had launched the MOBO Awards, recruited culturally diverse talent for its training schemes and agreed to adopt an integrated casting policy for its existing dramas.

In September 1999, I discussed the idea of bringing together other broadcasters around the issue of embracing cultural diversity as a business case which had been so effectively made with Carlton Television with Clive Jones, Chief Executive Carlton Television.

The establishment of Cultural Diversity Network was possible in 2000 for several reasons including:

Cultural Diversity Network aims to modernise the portrayal of ethnic minorities in mainstream programming so that racial diversity on and behind screen reflects today’s multicultural Britain. The founding members of the CDN included the BBC, ITV Network Centre, Carlton Group Communications, Granada Media, GMTV, Channel 4, Five, BSkyB and ITN, Pearson Television, as well as the ITC, BSC, PACT, RTS and BAFTA. All the broadcast companies signed up to six core objectives:

Each channel, broadcaster and trade organisation produced their own three-year action plans spelling out how they would meet these challenges. These were launched at a press conference on 12thOctober 2000.

Following the merger of Carlton Television with Granada to form a single ITV, with the exception of a few senior executives, all Carlton Television staff were made redundant including me as the Executive Producer/Diversity Advisor in 2004. Going forward, ITV chose to locate cultural diversity as part of the Human Resources department and took the process approach. Many saw this as the “kiss of death” for cultural diversity.

However from 2000 to 2005, CDN did make considerable progress to develop a number of cross-industry initiatives including:

Having established the CDN as vital catalysts for change by Carlton Television, in January 2002 the CDN Secretariat was passed to Channel 4 with Mark Thompson, Chief Executive as the chair. In December 2004 this was assumed by BBC with Greg Dyke as the new Chair of the CDN for 2004 and ITV with Simon Shaps as the Chair in 2005.

By 2005, while the industry had begun to engage a diversity of freelance talent there was still considerable more work to do in the employment of senior black and Asian executives across production and technical areas especially studios, camera, sound, design and engineering departments to reflect diversity in their workforce. To remain a modern and relevant the terrestrial channels still need to change the “snow peak” senior management and board level representation in their companies.

We still need to halt the “revolving door” syndrome and focus our attention on recruitment, retention and development of the creative and business management talent from the Ethnic minority communities.

My direct involvement with CDN ceased in November 2005 following the production of its annual conference Diversity making it pay. In 2006, CDN chair was passed to BSkyB. The CDN Secretariat was outsourced to Acona, consultancy dedicated to providing advice on Corporate Responsibly.

In 2008, CDN commissioned a research report on investigating the Career Pathways of Black Minority Ethnic (BME) Production Professionals in the industry. Its findings concluded that while the recruitment of BME people into the media has improved in recent years, there is some evidence that BMEs may face additional difficulties in progressing their careers. That many may choose to leave the industry for work which offers a steadier income or clearer career path.

They interviewed BME’s working in the industry and here are some of their findings:

BME: the reality for many was somewhat surprising:

Feedback suggests need to bring to life the reality of working in production for potential new applicants. Employers are not perceived to be accountable; people described an industry where there is no clear system/ procedures for promotion. Nearly all current staff interviewed, have contemplated leaving the industry for various reasons:

Some of the reasons why might ethnic minorities be more likely to leave production?

Many feel that the current lack of ethnic diversity feeds itself. Lack of on-screen diversity may lead BMEs to rule themselves out of production roles.

But wider diversity behind the scenes might help to boost diversity on-screen (casting guidelines currently ignored). Respondents believe that the lack of BMEs in senior roles is due to:

All believed that diversity is very important and the workforce should reflect the diversity of society.

Diverse workforce they said would provide a range of role models for young people and will help to break down ignorance and ‘old school’ thinking.

Some comments that those BMEs who do reach senior positions are middle class, affluent, British born and bred.

When asked what benefits would diversity bring to the Industry?

The research report made recommendation for future including:

Skillset is the Creative Industries’ Sector Skills Council (SSC) which comprises TV, film, radio, interactive media, animation, computer games, facilities, photo imaging, publishing, advertising and fashion and textiles. Since 2005, Skillset had conducted an annual survey on the wider diversity of the workforce including gender, age, disability, sexuality, class and social backgrounds. Here is summary of its findings with regards to BME’s in the industry:

Diversity in higher education shows that universities have not been adopting BME staff. There are just 50 black professors which is not even 1 per institution. There is only one BME Vice Chancellor in the UK and he comes from South Africa! While the BME student population is 20%. Research identifies key issues: gap between policy and practice, poor recruitment practices and few sector initiatives.

From its launch in 2000, CDN did help to focus the minds on the issues affecting BME’s entry into the industry. The Industry wide buy-in did provide a momentum for change which did lead to increase in number of BME working in the sector both on and behind the screen. CDN was right for its time but nobody predicted the impact of 9/11 and how it shifted the focus in the UK from Black and Asian representation to Muslim Community and Global Terrorism.

We underestimated the impact of technology – Facebook was not the third largest country in the world. Internet, mobile had not disrupted the broadcasting and film industries.

Neither did we anticipate the crisis in commercial television, the fall in advertising revenues, the crisis of leadership in the BBC following the Hutton inquiry and the dismissal of Greg Dyke, fight for survival by Channel 4 and Channel 5.  In 2007, Channel 4 lost its credibility with the BME audiences over the Shilpa Shetty and Big Brother international racism controversy. They bought in Trevor Philips and his consulting company to advice on diversity in 2008.  In 2009 they appointed Ona King as Director of Diversity!

Some well known former black and Asian media workers such as Trevor Philips and Samir Shah and entertainers like Lennie Henry and Meera Syal gave annual lectures on Diversity in 2007, 2008, 2009 to keep the issue on the agenda.

In closing the CDN Conference in October 2001, I said “in 10 years time, my daughter wants to be the fashion editor of a leading magazine. I expect her to be able to walk through a door, which says that she is valued part of British society. There are a lot of us in the audience who have children and have aspiration for our children. For me this conference is dedicated to them and their futures. No doubt they will have their challenges, but we will have set some kind of a platform and some kind of initiatives that will make it easier for them to continue the struggle”.