ROMA, A FILM BY Alfonso Curaron 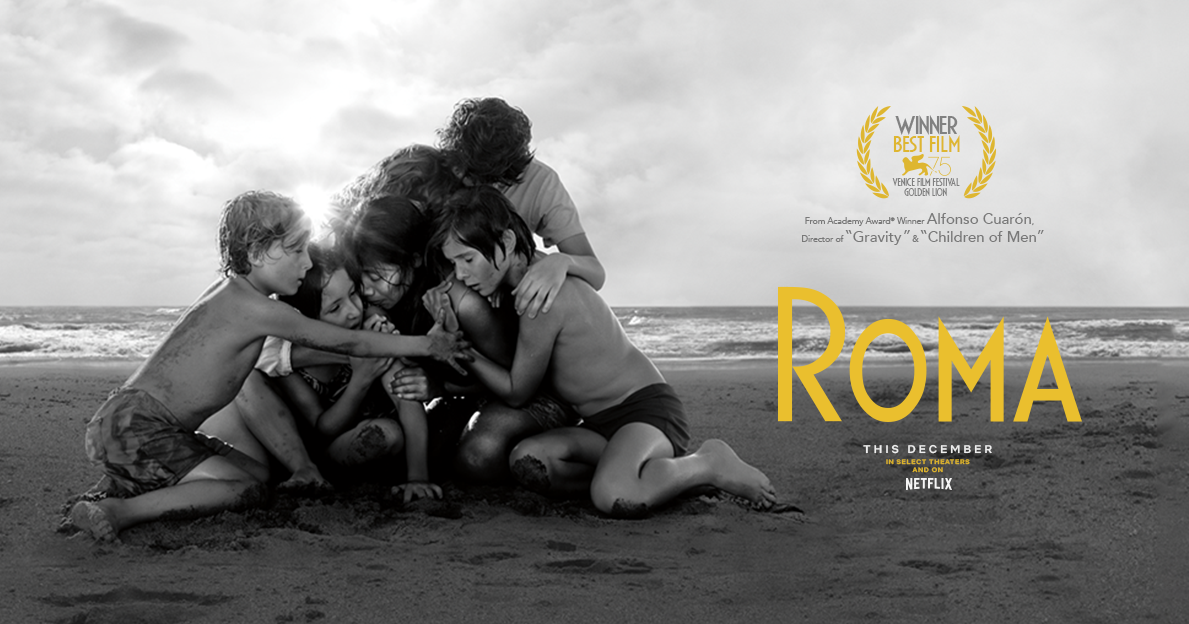 Hosted by Joanna Lumley, the EE British Academy Film Awards take place this Sunday, 10th February 2019, at the Royal Albert Hall and will be broadcast exclusively on BBC One and BBC One HD from 21.00 GMT.

You can join live from the red carpet with the Bafta hosts Edith Bowman and Dermot O’Leary for exclusive arrivals coverage on the BAFTA Facebook, YouTube and Twitter pages from 17.00 GMT.

While my daughter Anuradha Henriques will be at the ceremony with Fable Pictures, whose box office hit movie Stan & Ollie is a Bafta contender, I will be watching on social media from Lagos, Nigeria! Such is life, but proud to know that Anu will be there to experience her first Bafta ceremony which is enormously fun.

So, The BIG Question Is Which Film Will Win Best Picture?

My money is on ROMA, written and directed by Alfonso Curaron, who also produced, shot, and co-edited the film. The film is set in 1970 and 1971 in a district of Mexico City called Colonia Roma.

ROMA which stars Yalitza Aparicio and Marina de Tavira, follows the story of Cleo (Yalitza Aparicio), a young domestic worker for a family in the middle-class neighbourhood of Roma in Mexico City. Delivering an artful love letter to the women who raised him, Cuaron draws on his own childhood to create a vivid and emotional portrait of domestic strife and social hierarchy amidst the political turmoil of 1970s Mexico.

I watched ROMA on Netflix, several times over. Although, I would love to have seen it in the theatre, due to its limited theatrical release by Netflix and Participant Media, this was not possible. However, I am hoping that after it wins Best Picture, the producers will consider a longer and wider theatrical release which will afford me the opportunity to certainly go watch it again.

ROMA is not just a film; it’s a meditation, a vision and an immersive experience from the start to the end of the credits. The star of the film is Yalitza Aparicio, a non-professional actress who plays Cleo, the enduring, dutiful, and humble housekeeper. ROMA is simply a masterpiece, a total standout movie which has stayed with me as I recall so many moments.

Massive credit to Netflix and Participant Media for backing this film and it is my hope that my fellow 6000 plus BAFTA members will agree with me regarding ROMA and Alfonso Curaron will win the Best Picture on Sunday the 10th February.

I also want to take this opportunity to pay homage to The British Academy of Film and Television Arts (BAFTA) of which I have been a member of since 1st March 2001. With over 250 events a year, BAFTA’s stated aim is to inspire and inform the next generation of talent by providing a platform for some of the world’s most talented practitioners to pass on their knowledge and experience.

As a film and television producer who joined the industry in 1986, I have benefitted from its rich international programme of events through master classes, lectures, and mentoring schemes.

As a BAFTA member, I have also presented many events in the glorious building located in the heart of London in Piccadilly including the Cultural Diversity Network Conference in 2000 and 2005, The Bollywood to BAFTA in 2002 and Women Film and Television Conference celebrating Black and Asian women in the industry, to name but a few. The highlights have always been the annual awards ceremonies, celebrating the best of British Television and of course the British Academy Film Awards.

At the age of 63, I love being a member of BAFTA and watching the next generation of talent, like my daughter, enter the film and television industry.

Enjoy the Awards and continue supporting the film industry wherever you are in the world because stories are what connects us as human beings.