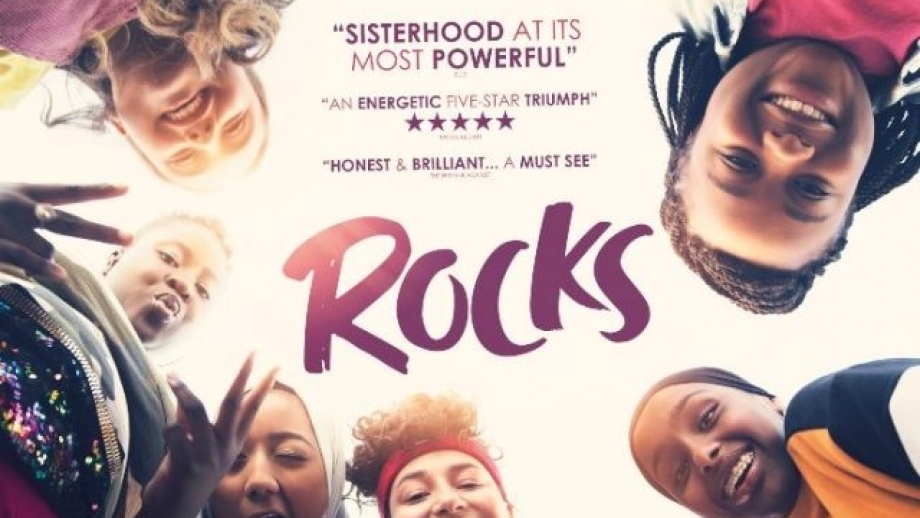 Rocks is a vibrant, deeply empathetic drama about teenage girls forging their identities in a multiracial community in East London. Rocks is directed by the award-winning Sarah Gavron with my daughter Anuradha Henriques as the associate director, co-written by Theresa Ikoko and Claire Wilson and produced by Fable Pictures.

Rocks has been nominated for 8 awards in the upcoming 2021 BAFTAs. These are Best British Film, Original Screenplay, Supporting Actress for Kosar Ali, Leading Actress for Bukky Bakray, Outstanding Debut by a British writer, director or producer for Theresa Ikoko and Claire Wilson, Best Director for Sarah Gavron, Best Casting for Lucy Pardee, and EE Rising Star for Bukky Bakray.

The film is centred around the main character, Nigerian-British Olushola “Rocks” Omotoso, and her attempts to fend for herself and her younger brother Emmanuel while avoiding Social Services and the prospect of being separated when her single mother, who has had problems managing her mental health and medication, leaves them. Despite this despairing situation, at the film’s core is the friendship with Rocks and her group of friends, and their carefree conversations and interactions.

The film was developed through workshops with teenage girls from East London and most of the cast of young teenage girls – from Nigerian-British lead Bukky Bakray who plays the titular Rocks, to Somalian-British Kosar Ali who plays her best friend Sumaya – are new to the screen. The group of friends bring a refreshing and realistic dynamic to their scenes, and several of their scenes are created with improvised dialogue, revealing a real camaraderie.

Director Sarah Gavron notes that she wanted to make a film “with girls rather than about them” and worked with a team of mainly women to find the right girls with the right chemistry, forging friendships that are hearteningly obvious throughout the film.

The film feels like a celebration of girlhood and their friendships, and as Kosar Ali notes, the film “shows what people go through – how women of colour are taught to have a hard exterior. But Rocks’s journey and everything she goes through, and how powerful she is with friends by her side… it’s beautiful.”

The film is also a testament to London’s ethnic diversity, with writer Theresa Ikoko determined to show “a reflection of London today”.

The film premiered at the 2019 Toronto International Film Festival to high praise and was released in the UK in September 2020 to critical acclaim. It was bought by Netflix and released on the streaming platform on 1st October 2020.

Anuradha Henriques began working on the project in January 2017 with Fable Pictures when I was still living in Nigeria and working with the Tony Elumelu Foundation. I saw the finished film at a screening for cast and crew in April 2019, when I returned to the UK. It has been a joy to watch my daughter forge her place in the UK film industry with this her first project to hit the Netflix big screen. Anuradha will not remember being dragged to the film set as a four-year-old when as her parents (Julian Henriques and Parminder Vir) we were shooting our first feature film, the reggae musical Babymother, released in 1998 and soon to be re-released on Blu Ray.

Four years in the making, I am so proud of this empowering and uplifting film and my daughter Anuradha Henriques for her dedication and commitment to the project. You can watch Rocks on Netflix.

Wishing the producers, the amazing cast and the crew all the best with the 2021 BAFTAs which will be announced on 11th April 2021!