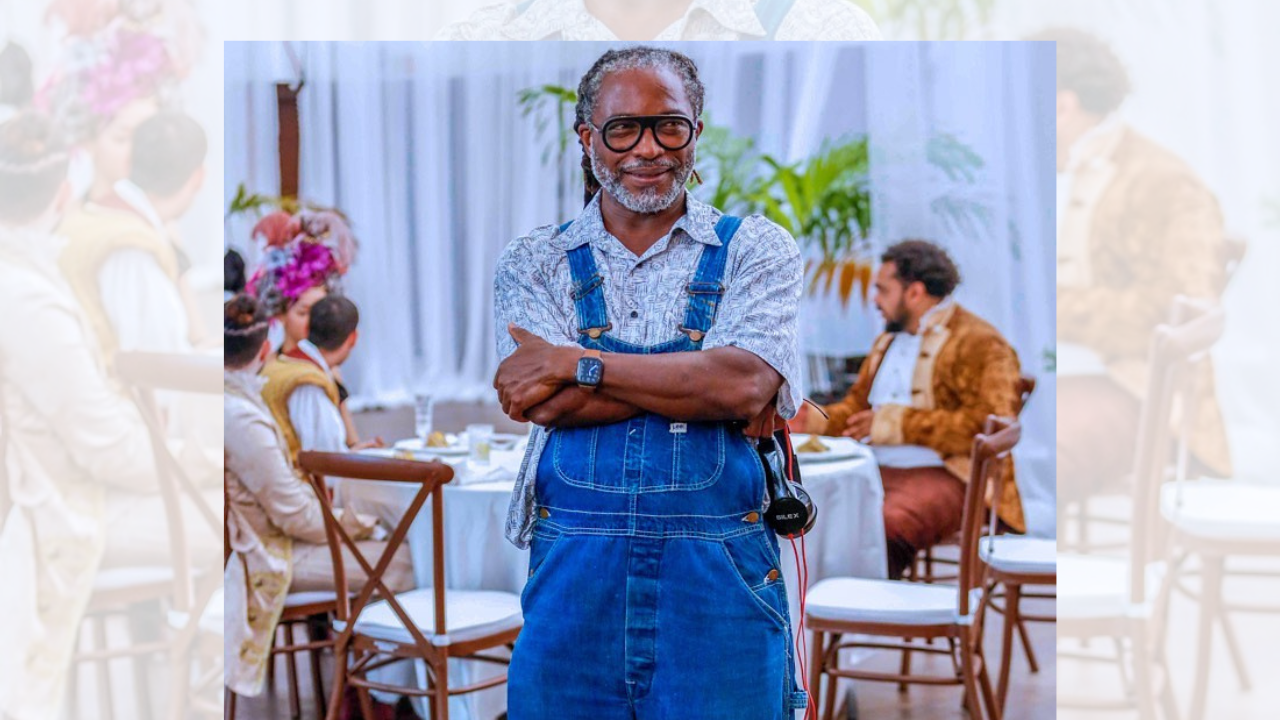 No words can express the depth of loss I feel with the sudden death of Biyi Bandele on 7th August 2022 in Lagos, Nigeria. We have lost an exceptional multitalented creative writer, director, photographer and mentor with a soul. My friend since the late1990s, we spoke on the 15th of June 2022 when he called me from the US. Our last face-to-face meeting had been in June 2016 at the Nollywood Film Festival in Paris.

As I absorb this monumental loss of a creative giant and a friend, my heart goes out to his family, and especially his young daughter Temi Bandele who posted the news of her beloved Father’s sudden death on the 7th of August:

“Biyi was a prodigiously talented writer and filmmaker, as well as a loyal friend and beloved father. He was a storyteller to his bones, with an unblinking perspective, singular voice and wisdom which spoke boldly through all of his art, in poetry, novels, plays and on screen. He told stories which made a profound impact and inspired many all over the world. His legacy will live on through his work.”

Biyi had called me in response to my email sent on 14th June 2022, in which I had shared news about Mustard, a London-based ‘venture agency’ exclusively focused on Africa. I told him Mustard, founded by a British-Nigerian, was an idea-stage investment vehicle to originate Africa-focused ventures capable of resonating with global audiences. Our goal, I wrote, is to build Africa-focused brands for global audiences centred on identifying visionary, veteran and influential individuals with compelling ideas and turning them into Africa-focused ventures. To me, Biyi Bandele was one such ‘visionary, veteran and influential individual’.

His response to my email was immediate. On 14th June he sent me a message on WhatsApp:

“Hi, Parminder – thanks for the email regarding Mustard. I’m very much interested. I’d like to have a chat with you before formally responding if that’s ok. When is a good time to call you tomorrow? I’m free any time after 1 pm.”

We scheduled to speak on 15th June. During our one-hour call, he shared his vision to build his own production house. I congratulated him on his production achievements with EbonyLife Studios, founded by Mo Abudu. “While she can write the cheques,” I said, “it is your name, your creative imagination as a passionate storyteller, and your professionalism and discipline that gives the funders the confidence to green-light projects.”

Ebonylife Studios had given him a platform, he said, but he was ready to build his production base through which to develop, nurture and grow the boundless Nigerian talent he had seen. He wanted to leave a legacy beyond his creative credits. “Will you be willing to come on board?”, he asked. I said I was touched, but he did not need me; he was such a well-established brand and agreed that the time was right to take the leap of faith. “You have the status, your name attached to a project can secure a green light. We all know that Nigeria is the destination for US streaming platforms and studios and Biyi, you are now well placed to capitalise on this opportunity. So yes, of course, I will support you,” I told him.

He said he was finishing off his novel and getting ready to launch his new film, Elesin Oba, an adaptation of the Nobel laureate, Wole Soyinka’s play Death and the King’s Horseman, which he had written and directed. He was thrilled to share the news that it was to premiere at the Toronto International Film Festival in September. I could sense of all the films and series he had written and directed for EbonyLife Studios, he was most proud of this accomplishment. “Wole Soyinka has been my guide, my mentor and I am so lucky to have been able to bring this play to the screen,” he told me.

Biyi on the set of “Elesin Oba, The King’s Horseman”. Photo Credit: Still via EbonyLife Studios on Instagram

We agreed we would continue the conversation in the coming months. But now sadly he is gone, too soon, too young, at the peak of his career. The fire of creativity burnt in him relentlessly. He conquered the world of literature, as a published novelist; the world of film as an award-winning writer and director; coveted numerous bursaries, and fellowships with renowned arts organisations; and earned plaudits for his theatrical work in the UK, USA and Nigeria. He leaves us with a legacy of his creative works but in our conversation, he was now looking forward to consolidating this legacy, building an institution which I imagined could have been The Biyi Bandele Productions or a Foundation.

We now are left with memories. Our first meeting was in June 1999 when he invited me to join him at the Arvon Foundation Writers Retreat in Hebden Bridge which he was leading. My feature film Babymother (1998), written and directed by Julian Henriques, had been released in the UK in August 1998. I asked, “why Biyi, as I am not a writer”. He said, “I know, but it is your production experience which I would like the writers to hear and absorb because whatever they write, whether for the stage or the screen, needs to be produced and they must understand the process.” My memory of that week from 21st – 27th June 1999 is watching Biyi lead the writers, listening with such intensity, creating a safe space for the writers to share their work, and inviting me into the conversations. Throughout the week, I noticed he carried a notebook into which he would scribble his thoughts and ideas he said for the next novel, the next stage or screenplay.

During the week spent in his company, I would meet a serious young man, he was just 32 years old and me a decade older. He spoke softly, held you with his intense gaze, a quiet observer, thriving in the company of his imagination.

By early 1999, he had already seen the production of his play Not Even God is Wise Enough, which he had adapted for the screen and watched Danny Boyle, with no previous credits, direct it for the BBC in 1993. When he showed me the film, I wondered how it would have looked if the BBC had had the confidence to ask him to direct it! This was followed by the production of his screenplay Bad Boy Blues in 1996, for the BBC Screen Two, again directed by a white director with no previous credits. It was the same question. “That is the problem,” he said, “they are not ready to take the risk”. Even then he was eager to direct his work. In the 1990s in the UK, Biyi was amongst the many Black and Asian writers and directors, trying to convince the commissioning editors to take the risk to back Black and Asian talent.

It would be seventeen years later that Biyi would write and direct his first feature film, Half of a Yellow Sun (2013), an adaptation of Chimamanda Ngozi Adichie’s novel of the same name, produced by my friend Andrea Calderwood. The film was a commercial and critical success. Despite being banned by the Nigerian Film and Video Censorship Board in Nigeria after its showing in Lagos, Half of a Yellow Sun established him as a director and fired his imagination to do more work in Nigeria.

Our paths continued to cross in the early 2000s and we met again in June 2016 at the Nollywood Film Festival Week 2nd – 5th June 2016 in Paris. I was showing a documentary film I had produced for the inaugural Tony Elumelu Foundation Entrepreneurship Programme. We sat in a café across from the Festival venue and he told me of his experience of directing Fifty (2015) for Ebonylife Studios; the success cemented EbonyLife Studios in the Nigerian media and entertainment industry. His name attached to Blood Sisters would secure a Netflix deal for EbonyLife Studios.

Biyi on the set of “Blood Sisters”, with Director of Photography Malcolm McLean. Photo Credit: Photo via Biyi Bandele on Instagram

Biyi’s writing encompassed fiction, theatre, journalism, television, film, and radio. His novels, The Man Who Came in from the Back of Beyond (1991) and The Street (1999), were described as “rewarding reading, capable of wild surrealism and wit as well as political engagement.” His novel Burma Boy (2007) gave previously unheard West African soldiers in World War 2 a voice. Fourteen years later, he was getting ready to publish Yoruba Boy Running with Hamish Hamilton.

A passionate storyteller, Biyi was a wonderful human being, generous, open and warm. He devoted his life to telling powerful African stories, from the inside, made in Africa, with Africans, for the world to engage with the new emerging creative Africa.

So it is with these thoughts that I leave you to Rest in Peace, dear Biyi Bandele. Thank you for enriching our lives and for your loving friendship. We will honour your legacy. Your passing is a monumental loss, not only to Nigeria, but to Africa and the world.

In a professional career spanning 40 years, Parminder Vir OBE has dedicated her life to telling untold stories, resourcing the skills and imagination of under-served communities. She is an expert on African entrepreneurship, an award-winning film and television producer and advocate for arts and culture. She currently serves as the Executive Director of Wazima Health, Advisory Board Member of Mamamoni Limited, and Narrative Advisor at Mustard Venture Agency. She served as the CEO of the Tony Elumelu Foundation where she designed and implemented a holistic entrepreneurship programme, impacting over 10,000 African entrepreneurs across 54 African countries from 2014–2019. She continues to advocate for entrepreneurship as the best path for the social and economic development of Africa. 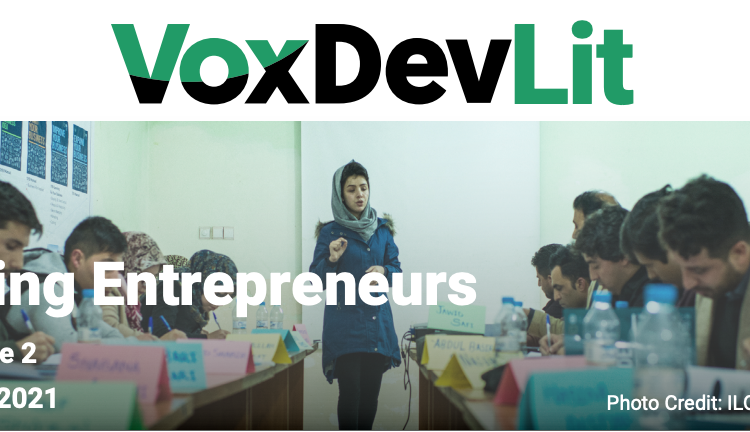