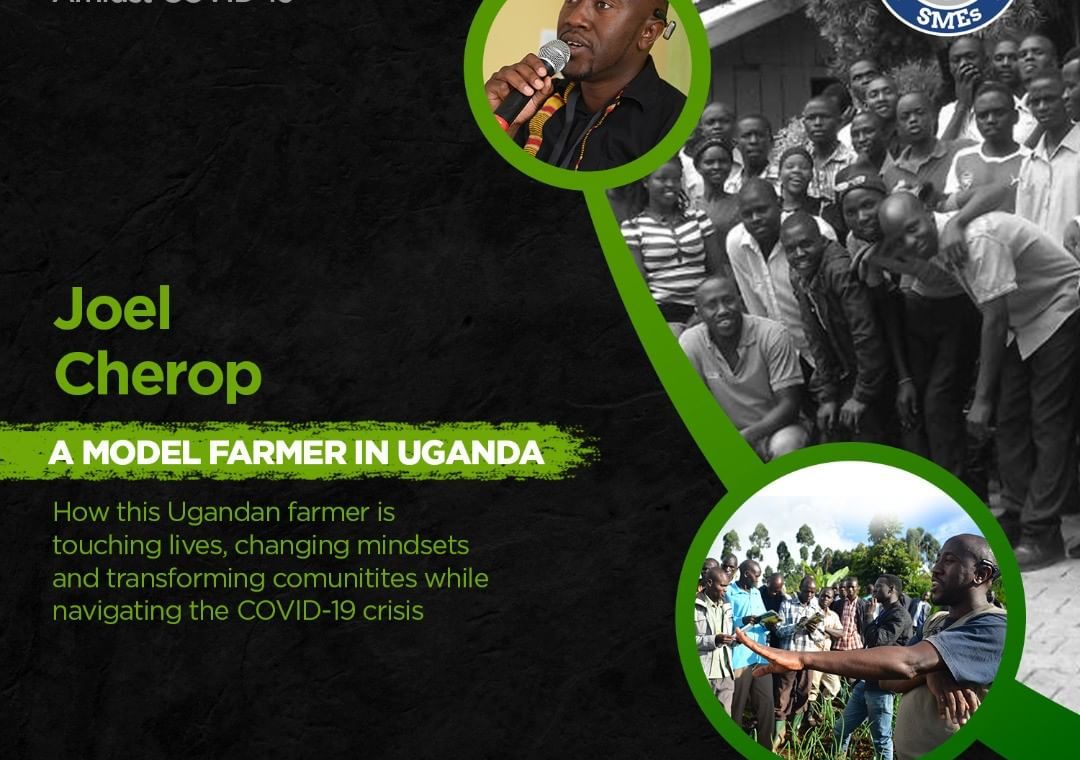 I met Joel Cherop in July 2015 when he attended the inaugural TEF Entrepreneurship bootcamp in Lagos, Nigeria. Joel was one of the first 1000 entrepreneurs selected for the 7 Pillars of the TEF Entrepreneurship Programme. In 2015, with no home of his own and a partially deaf ear, all he had was a little farm and a dream- to become one the biggest farmers ever in the history of Uganda.

Today, Joel Cherop is a model farmer, touching many lives, changing the mindset of youths about agriculture, and transforming communities in Uganda. His irrigation farm grows onions, watermelons, tomatoes, cabbages, apples and more. For a community on the slopes of MT Elgon, the area is undulating in nature which limits the area available for cultivation. The average land holding for many of the farmers is just 2 acres and with maize being the dominant crop planted which takes a whole year to mature; this sometimes yielded just eight bags and this trend was increasing household poverty within the region.

After graduating from the programme with his seed capital of $5,000, he travelled to the Netherlands to study their underground irrigation systems which he eventually installed on his farm. This opened the door into horticulture. In his own words, “suits this area quite well owing to its cool conditions, yet can be done twice in a year leading to improved incomes. Moreover, most agriculture is rain-fed and with the onset of erratic weather patterns exacerbated by climate change and global warming, the agro sector is threatened.” His proven success has inspired his fellow farmers and policy makers to give attention to diversifying farming other crops given the abundance of water resources.

I recall his passion for farming as we met again in Uganda in April 2016, when we presented him and the many other talented start-ups who had been selected for the TEF Entrepreneurship Programme to President, Yoweri Museveni. That same year, the President would visit him on his farm with an entourage of top government officials. It was an experience, which he describes as the greatest milestone of his career. “Since the President’s visit, the number of media personalities and youth approaching me to give them tips on how they can successfully join agriculture has overwhelmed me. I have suddenly attained celebrity status!” He has made agriculture cool and sexy!

These milestones also came to a peak in December 2019 when a delegation of nine ambassadors of the European Union, led by Attilio Pacifici, Head of European Union Delegation in Uganda, visited Joel Cherop’s farm in Uganda’s Eastern district of Kapchorwa. Read about that here: https://www.avsi.org/en/news/2019/12/15/uganda-european-delegation-visits-the-skilling-youth-for-employment-in/1974/

His goal is to transform peasant-led agriculture into commercial agriculture, with a focus on creating jobs and consequently, improved welfare. “The onus is on you to decide your destiny”, he says. I reached out to him to share his story of how he is running and maintaining his farm and his one-acre model irrigation programme in the coronavirus (COVID-19) lockdown in Uganda. This is what he had to say:

“Looking at the way corona virus epidemic is fast spreading, over the next few months, COVID19 is going to define a whole new future as many businesses will wrap up and new giants will emerge.

Already in my country Uganda, a partial shutdown is messing things up as farmers who define the economic well-being of our nation are being restricted from normal movements. This already spells doom as I foresee famine and food related inflation.

As a farmer myself, as much as I sneak to work, I observe social distancing and hand washing. Still, it’s increasingly becoming difficult to mobilise labour to work and this is worsened by low mechanized agriculture in Africa.

With all the resilience being exhibited by Africa so far amidst the COVID19 crisis, Africa is the future and agriculture is the place to look to as we farmers will emerge to feed the world when most western economies grumble.

Stimulus packages designed to buoy efforts by young agripreneurs like myself in form of agriculture equipment like tractors, planters and combine harvesters to work on the huge chunks of idle African land will define a whole new future of Africa. Value addition is another angle which is set to unlock Africa’s future.”

Digging deeper into the effect of the epidemic on the entrepreneurship ecosystem—specifically the agricultural sector—in Uganda, he said:

“This year has been so challenging for the entrepreneurship ecosystem in Uganda, and the future is even more uncertain as the government has used this situation as a means to siphon more money to themselves at expense of majority citizens whose problem is now food.

COVID-19 has exposed a lot of loopholes as food security parameters at the community level have been exposed. In the past, our forefathers prepared for the worst case scenarios like unforeseen droughts and made granaries to store grains. Sometimes they dried cassava and even cabbages such that in case there was scarcity as a result of calamities, there was a fall-back position, unlike today where everybody earns from no efforts; real estate dealers, brokers, con artistry, making computer apps at the expense of primary production like farming which has been relegated to aging parents in villages.

The crisis has now brought realities to life and reminded us, that without dignified work and sweat, you are not supposed to earn. The ‘dealers’ are in a real mess as they either emigrate back to the village and work out the abandoned land or they go hungry.

For the first time, the place of farmers in Africa amidst COVID-19 has been recognized as very important because all those under lockdown need food which is in short supply. As a result, all development partners and governments must devise means of supporting farmers to grow, manage post-harvest losses for those producing grains, destroying the place of middle men and enabling value addition.”

From the conversation above, it is evident that in spite of the COVID-19 epidemic, there are entrepreneurs who are facing these unprecedented challenges head on and are finding new ways to run their businesses and to stay relevant in their respective sectors and communities. These entrepreneurs stand as beacons of hope and their stories deserve to be heard.

If you belong to this unique group of dynamic African entrepreneurs, I implore you to get in touch via the email addresses written below. I also encourage you to use the hashtag, #Support4AfricaSMEs and to share our articles and posts to be a part of this campaign. You can also find an aggregation of important resources here: http://www.support4africasmes.com/

Remember, you are a beacon of hope and your voice needs to be heard. 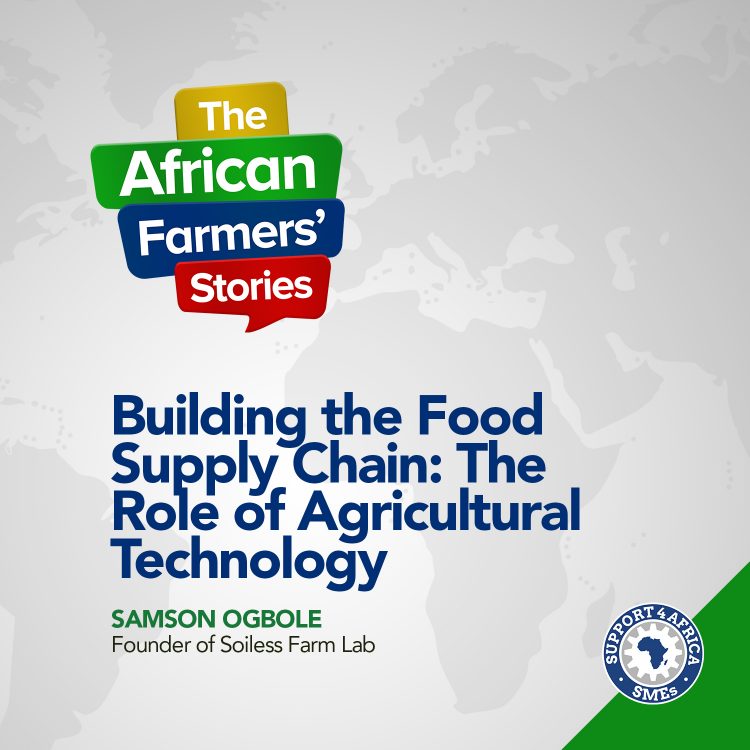 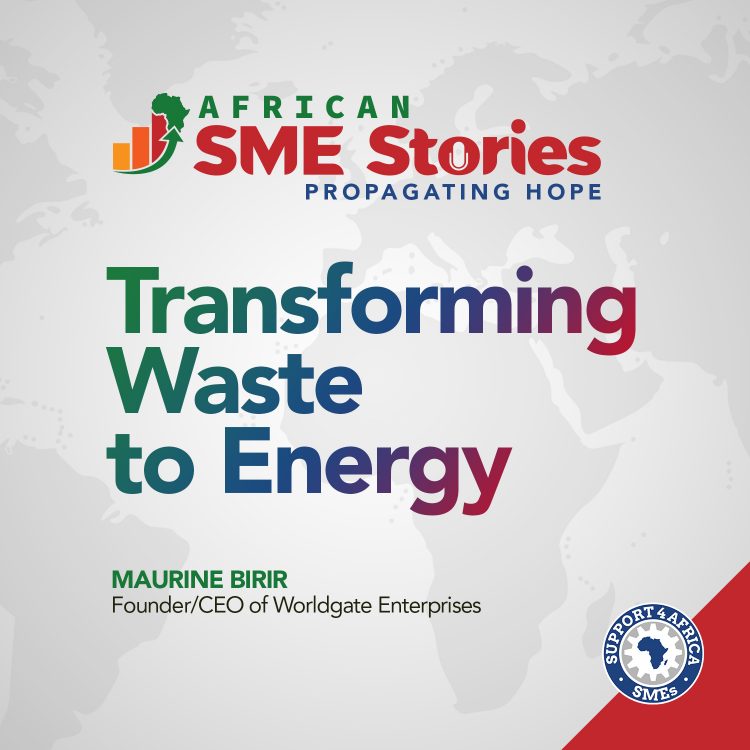 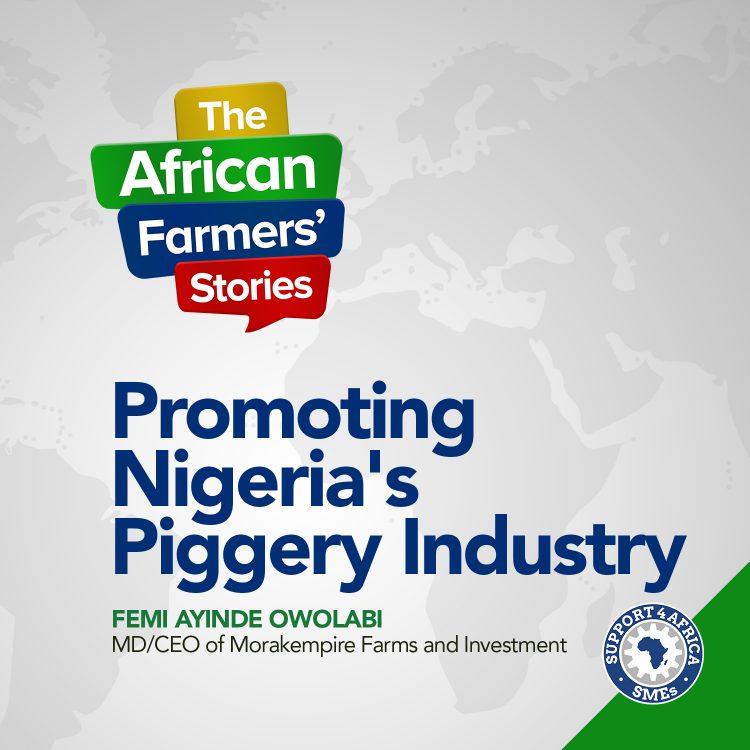 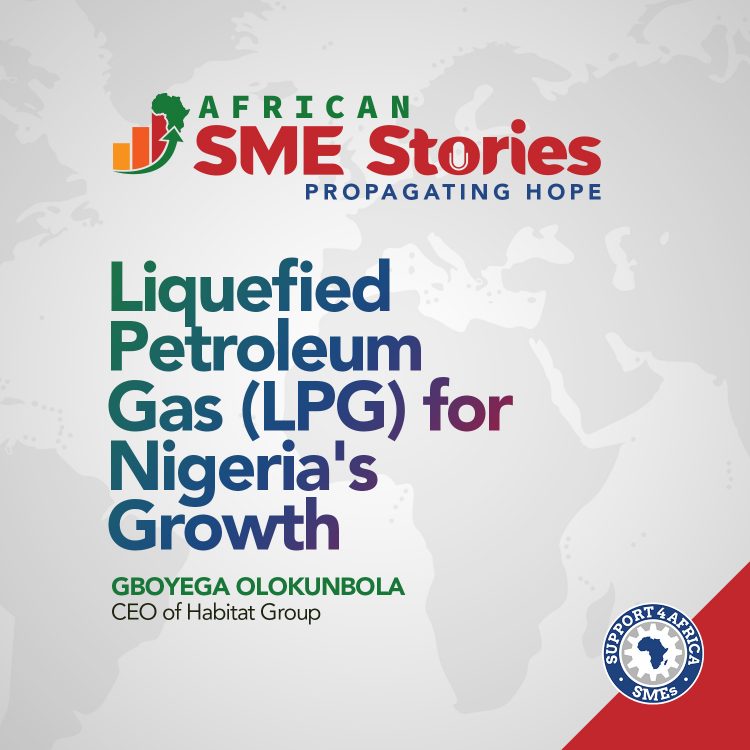