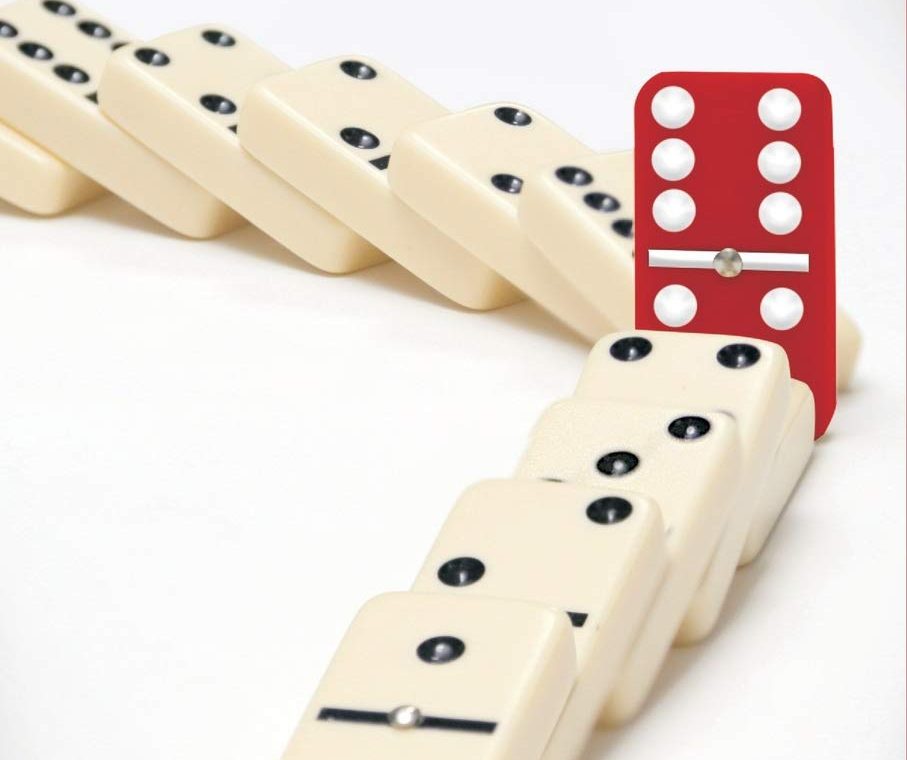 As the African proverb says, “Until the lion has his or her own storyteller, the hunter will always have the best part of the story.”

If you work or aspire to work in the Nigerian advertising, marketing, and PR industry, then you must read Skin for Skin – The Prima Garnet Story written by its founder Lolu Akinwunmi. It is full of information and insights about the Nigerian advertising business; an exceptional, courageous story of survival and growth in one of the toughest industries in Africa – the advertising industry.

At the heart of Skin for Skin – The Prima Garnet Story is a “David and Goliath” story of a Nigerian entrepreneur who takes on WPP, a British multinational advertising and Public Relations Company founded by Sir Martin Sorrel.

Since its inception in 1985, WPP, under the leadership of Sir Martin Sorrel, has pursued a strategy of outright acquisitions; a strategy that has helped them become the world’s largest advertising company. Having acquired a small stake in Prima Garnet through Ogilvy Africa, WPP then sought to acquire a majority stake in Prima Garnet as a way of entering and eventually controlling the Nigerian market. This battle between a proud Nigerian entrepreneur and this multinational advertising company will leave you shattered but also deeply inspired by the passion and resilience of its founder who fought and won the battle to ensure Nigerian entrepreneurs own and grow their businesses. Skin for Skin – The Prima Garnet Story is a must read.

Clearly, building Prima Garnet was not a walk in the park and the Founder’s endurance of unbelievable confrontations, raw and hurtful challenges and betrayals with WPP, Ogilvy Africa and Scanad left me weeping. How could another entrepreneur be so short-sighted, arrogant, ruthless, inhumane, greedy, contemptuous, and crushing?

The sustained campaign by the global WPP and Ogilvy Africa in their attempts to crush the entrepreneurial spirit of a home-grown African business is shocking to read. Sir Martin Sorrel and WPP’s motivation to take control of the Nigerian market through the control of Prima Garnet is unbelievable! This came from a man who had championed building Africa and investing in Africa. When I thought the character in this story could not withstand any more pounding, when it couldn’t possibly get any worst, I read the mother of all battles was yet to come with terrifying effects on the business, finance, staff, and family of its founder.

The ruthless, under-handed tactics deployed to dislodge Prima Garnet left me feeling deeply ashamed of being both an Indian by birth and as a British citizen. It hurt because I have crossed paths with many of the characters who tried so hard to bring Prima Garnet and its founder down.

The founder’s sanguine belief that you cannot escape the consequences of one’s actions is quite correct. Skin for Skin – The Prima Garnet Story is an entrepreneur’s journey highlighting his entrance into the industry, his hunger to learn, willingness to walk the talk of upholding integrity, vision of professionalism and humility. It is well known that many businesses across diverse industries/sectors are driven by corruption and the advertising industry is no exception. Yet in Skin for Skin – The Prima Garnet Story, Lolu Akinwunmi has shown in action and in words that it is possible to run a successful agency based on principles and he does not shy away from sharing the roots of these principles— his Christian beliefs. These beliefs were and remain his rock. In one chapter his thoughts on character, capacity and spirituality for business management is so apposite.

The storytelling tone and style of the writing plays out like a private conversation with the reader. His passion for entrepreneurship and the advertising industry shines through. I know the thousands of African entrepreneurs we empowered through the Tony Elumelu Foundation Entrepreneurship Programme would benefit enormously from reading this entrepreneurs story

I met Lolu Akinwunmi, in March 2013 when I was doing some research on the Nigerian media and entertainment industry. He was gracious, sharing his knowledge of the industry, its challenges and huge potential for growth.

When in March 2014, I was considering offering my services to the Tony Elumelu Foundation in an advisory board capacity, I reached out to him for an introduction to Mr. Elumelu who I had never met. Within a few days, he came back to me confirming that Mr Elumelu would like to hear from me and also shared his (Mr Elumelu) personal email. I sent the email on 1st April 2014 and on 24th April 2014, I found myself at the Foundation as the Director of Entrepreneurship based in Lagos, Nigeria.

During my 5 years in Lagos, we never met but he tracked my work with the Foundation. In April 2019, when I stepped down as the CEO of the Foundation, I wrote to let him to let him know that I have left the Foundation and hoped that we might meet for coffee in London. He wrote “I quietly followed the activities of the Foundation, and once or twice shared communication with Tony. It really is amazing that within such a short period, and especially under your watch, the TEF grew at a phenomenal pace, achieving so much in the difficult and challenging task of identifying thousands of budding entrepreneurs within the African region and creating opportunities for them to actualize their dreams. Without any doubt, the Foundation enjoys a pole position in helping define the Africa and Africans of the future. Thank you and well done”.

My goal at the Foundation was to deliver a made in Africa for Africans and by Africans programme, through which we could empower African entrepreneurs, who are the life blood of Africa.

It is was his selfless action that led me to Mr Elumelu and my own transformation for which I will be eternally grateful.