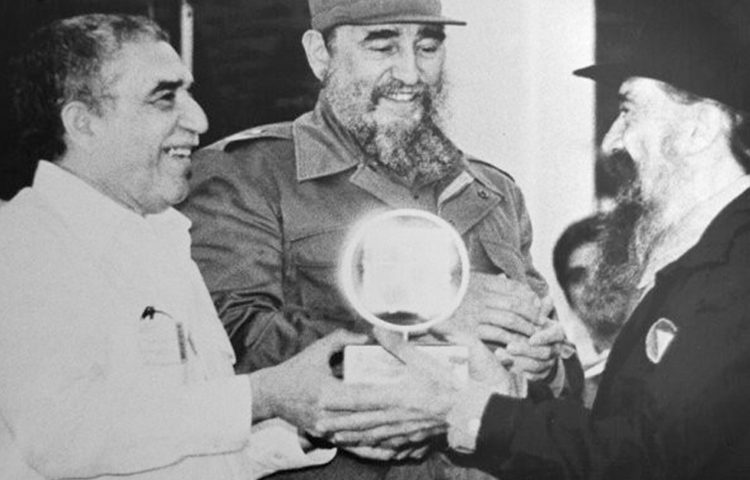 The first time I met Fidel Castro I was just 11 years old. This was on the pages of a book given to my Father at my brother’s first birthday in 1967. Barely able to read or speak English having arrived in the UK from my rural village in the Punjab, India only two years before. My father was an active trade unionist and community organiser in Southampton. From then on I was fascinated by this man and with the history of Cuba. But it was another 20 years before I would have the honour of meeting Fidel Castro in person, in Havana in 1986. Long before that amazing encounter, I would experience Cuba through its artists at the CARIFESTA, in July 1981, held in Barbados.
I was working at the Commonwealth Institute, programming Black and Asian arts. CARIFESTA, founded in 1972, is best described as the artistic and cultural “Olympics.” It was where through drama, music, visual arts, literature, folklore, crafts, heritage exhibitions, dance, and film artists from across the Caribbean and Latin America meet. What struck me was the energy, passion, creativity, and professionalism of the Cuban delegation. The musicians, dancers, theatre, visual artist, filmmakers, poets had come on a cruise ship which became the auditorium. For ten days, we immersed ourselves in the richness of the Caribbean cultures, history, and politics, debated with passion and danced into the early hours.

We believed the collective power of the artists gathered could change the world! It was here that I met the Cuban orchestra, the musicians from the Buena Vista Social Club, the Cuban National Ballet, saw the moving photographs by the Alberto Korda, whose iconic image of Che Guevara became a worldwide symbol of revolution and rebellion. Having made so many friends, I longed to visit Cuba. In 1983, in my role as the Arts Officer at the Greater London Council, I organised Third Eye, London Festival of Third World Cinema which included many films by Cuban filmmakers and invited Jose Massip, renowned Cuban film director and founder of Cuba’s Cinematographic Art and Industry Institute. Jose said I must come to Cuba. Meetings with Cuban and other Latin American filmmakers continued at the many European film festivals, discovering Cuban and Latin American filmmakers, amongst them the award-winning Fernando Birri the Argentinian film maker and theorist, considered to be the father of the new Latin American cinema. We met in 1986, when we were both judges at the Mannheim Film Festival.

He saw my passion for Third World cinema and the need to bring these stories to the wider audiences. He also recognised my impatience and took me under his wings to channel my energy to forge alliances with organisations who supported our cause and the need for us to build long lasting institutions to support filmmakers from Africa, Asia, and Latin America. He shared with me his plans to build a film school, for filmmakers from the three continents which he co-founded in 1986: The Escuela Internacional de Cine y Television (The International School of Film and Television), in San Antonio de Los Baños, Cuba and became its first director. He invited me to come to Cuba for the opening of the school in 1986. By now I was working at the BBC as researcher in the Music and Arts Department and I persuaded the Editor of the show to let me travel to Cuba in search of a story! In December 1986, I finally made it to Cuba, via Prague. On the plane I was reading 100 Years of Solitude, the classic novel by Colombian author Gabriel García Márquez. Little did I realise when I got off the plane that I would meet this great author. The opening of The International School of Film and Television Festival was part of the of the New Latin American Cinema, Havana, started in 1979 by Cuban Institute of the Cinematographic Art and Industry (ICAIC).

Filmmakers, programmer, critics, writers, artists, musicians from across the world had gathered to witness the opening of the Film School Cinema of Three Continent including Harry Belafonte, Julie Christie, Fernando Solanas, Fernando Berri, Edyala Lima Yglesias, African directors including Gaston Kabore, Safi Faya and many more. It was with Safi Faya, the Senegalese film director and the first Sub-Saharan African woman to direct a commercially distributed feature film that I finally met Fidel Castro. Safi and I had met in 1984 when I programmed African films for the Indian International Film Festival in Mumbai. We became friends. We went to the reception together and Fidel Castro spotted this very tall, beautiful Senegalese woman and the short Indian woman and came to meet us. He asked us so many questions about films, living in Paris, London, shared with us his hopes and dreams for the Film School. My memory of the meeting is he was tall, very tall, charming, smoking his trade mark cigar and listened with full attention. I told him I was assisting with a film for the BBC on the film school.

Safi spoke about directing films in Africa. In fact, my husband, Julian Henriques was making a documentary for the BBC Music and Arts and I had offered to assist with researching, though he would claim I was never to be found, too busy meetings and seeing films! But I did accompany him when he was shooting in Old Havana, discovering Wifredo Lam, interviewing Harry Belafonte in Hotel National, working with local camera crew who brought me green chillies because the food in Cuba was so bland! At the opening of the film school, Fidel Castro took to the stage and the thousands of us gathered experienced his long discourse. Not one person left the auditorium, the phenomenal orator had us captivated.

He shared with us how the idea for the film school began, that is was Garcia Marquez who had said that what the continent needed was a “factory of creative energy”. An ex-guerrilla leader and novelist were clearly frustrated filmmakers! From 1987 to 2013, I dedicated my professional life to making films, always working with directors, writers and producers from Africa, Asia, and Latin America. Over the years, I have engaged many of the directors from Africa, India and across Latin America who either trained or taught at The International School of Film and Television. They bring integrity and energy to the craft of storytelling from the inside and have helped to change the globe’s cinematic landscape. Fidel Castro’s Cuba and Havana was once the undisputed creative centre of Latin America and will continue to be so for generations to come. I am grateful to have met and received mentoring and inspiration on my journey as a filmmaker from so many who have now passed: Julio Garcia Espinosa, Fernando Berri, Jose Massip, Tomás Gutiérrez Alea, but not least of course Fidel. This file picture above from December 15, 1986, shows former Cuban President Fidel Castro (C), Nobel Literature Prize Gabriel Garcia Marquez (L) and movie director Fernando Birri (R) during the inauguration of the International School of Cinema in San Antonio de los Banos, Havana province. Credit: Adalberto Roque