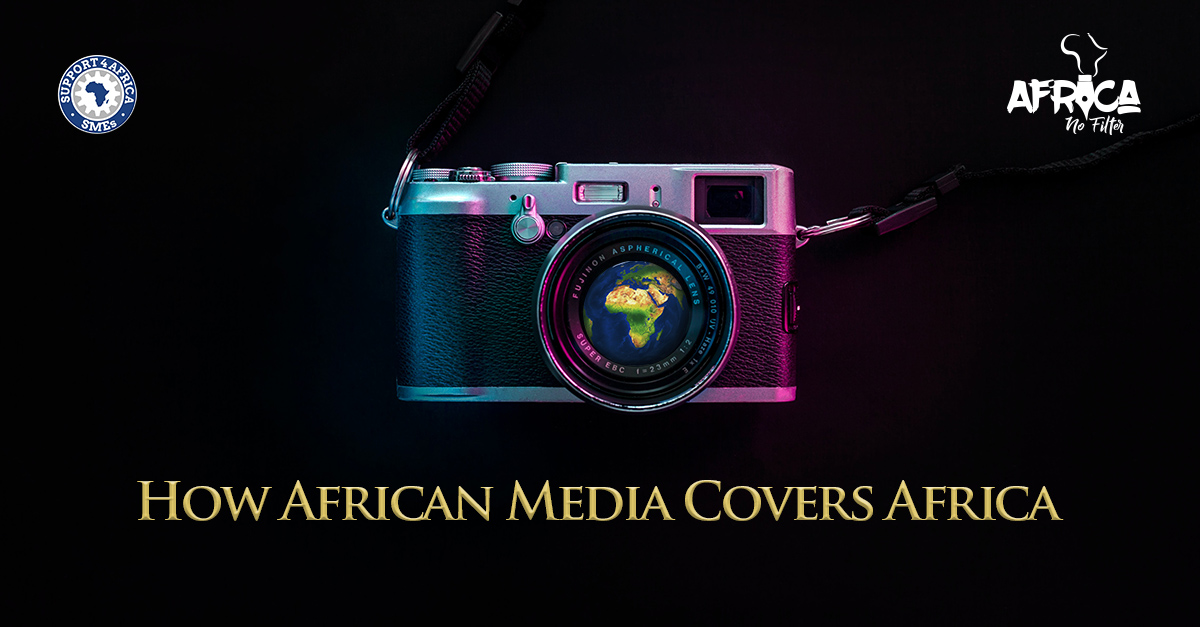 In March, I had a brief catch-up with Moky Makura, Executive Director of Africa No Filter (ANF), based in South Africa. Our paths had crossed in 2013 in Lagos, Nigeria and we shared a passion for storytelling. I was delighted when I heard she had been appointed to lead Africa No Filter and help build a community of storytellers from and in Africa.

To kick-start the process, ANF commissioned a research report into how African media covers African countries and how African editors view this coverage. This is a review of the report and its findings, which I hope you will read and share.

Previous research suggests that common stories about Africa that link it to poverty, corruption, conflict and poor leadership lead to negative impressions about Africa and Africans, with real-world implications for foreign investment and for young people’s perceptions of their countries and the continent as a whole.

The findings from the research must be examined in the context of constrained resources faced by media companies and unequal distribution of media freedom in African countries.

In assessing their commitment to Africa coverage, 79% of editors said it was important/very important to cover international stories and 87% said it was important/very important to cover African stories. 45% of editors said their publications had an Africa page, 45% published African stories under world or international pages, and 11% had neither. 50% admitted that their articles contained stereotypes about the continent. 92% noted that one of their greatest constraints to coverage was no funding, with lack of interest from advertisers cited as the second most common problem (37%). This was despite none of them regarding a lack of interest in stories about other African countries as a constraint, although audiences in Africa were reported to not always have a desire for stories about other African countries unless they affect them directly. Stereotypes about other countries also influenced the stories that these editors write and choose to publish.

There were significant differences among media houses and publication surveyed across the 15 selected countries. Media based in some countries were far more likely to publish stories about the rest of Africa, such as South Africa and Kenya while Ethiopia, Tunisia and Zambia tended to have far fewer stories about the rest of Africa. The number of stories from other countries was also influenced by specific events.

What is being reported?

80% of all surveyed media coverage was news, with features and opinion pieces contributing only 8% and 6% respectively.

In regional coverage, East Africa was covered the most and North Africa the least. Most Africa-wide content were stories on African summits such as African Union meetings. Some stories were erroneously referred to as Africa-wide while meaning Sub-Saharan Africa, others that were supposedly about the continent featured examples drawn from countries in only one region, and few stories were really continent-wide and contrasted impacts on different African countries.

The #EndSARS protests against police brutality in Nigeria received the most coverage across the continent during the review period, although few stories analysed why events unfolded as they did. Coverage of certain countries was often also heightened during elections (for those who had elections during the review period), including Guinea, Egypt, Seychelles, Tanzania and Côte d’Ivoire. However, this coverage was often brief, without history or context. Stories featuring African successes, innovations and technology were almost completely absent, despite notable successes in these pursuits even in the face of COVID-19.

The top 10 topics noted in media coverage during the review period were:

Most of this coverage was event-based, lacking context or background details.

Who is reporting African stories?

The report also examined who was reporting African stories. Authors of stories were not always identified. Where the author is identified, 45% of the stories were written by named reporters or correspondents, either staff or freelancers. 55% of stories were by either opinion piece writers or agencies, with 35% of the latter from agencies headquartered outside Africa. Experts or activists from both within and outside Africa wrote 12% of the surveyed stories.

14% of stories were from Agence France-Presse (AFP), 9% from British Broadcasting Corporation (BBC), 4% for Reuters and 2% for Al Jazeera. Sourcing stories from agencies was likely done to reduced costs of producing original stories, especially if they required travel.

The challenges to reporting African stories

Financing was cited as a common constraint to deeper coverage, restricting many media publications from assigning journalists on the ground or sending them to other African countries. The digital revolution that has moved audiences online has destabilised many media houses and made monetising their content more challenges than traditional print publications driven by advertising.

Africa needs more nuanced coverage, with “an increased focus on human interest stories that highlight Africa in a new light such as that of innovation and agency.” For example, it was noted that a significant amount of coverage was devoted to the effect of COVID-19 on business and international travel, with few stories about the challenges to health and service provision faced by ordinary citizens.

As the Report notes, “it is very noticeable that the voices of ordinary Africans are either missing or represented in a rather negative and stereotypical way. Africans learn about themselves and other Africans through the media, and despite constraints, there is much scope for growth in the diversity of news coverage.”

Editors and journalists made suggestions to improve on the issues facing African storytelling, and ways to support the industry:

You can watch the full conversation with ANF and African journalists and editors on who is telling Africa’s story here.

As part of their goal to change narratives around Africa, Africa No Filter also published the handbook, How to Write About Africa in 8 Steps. It serves as a guide for storytellers to “to educate and change the usual behaviours that lead to biased stories about the continent”. The handbook was launched in July with a webinar featuring African writers and journalists. You can watch the webinar here.

The collaborative’s goal over time is to leave an empowered narrative change ecosystem and an informed community of storytellers who work more deliberately to change harmful narratives about Africa.

Thank you, Africa No Filter for this ground-breaking research report.

I would like to invite YOU the reader to share YOUR stories in the comments. Your stories can change the African narrative – inspire transformative dialogue and conversations, and inform and educate new and aspiring entrepreneurs on their path to Reimagining Africa.

I leave you with a quote from Steve Jobs:

The most powerful person in the world is the storyteller. The storyteller sets the vision, values and agenda for an entire generation that is to come. – Steve Jobs