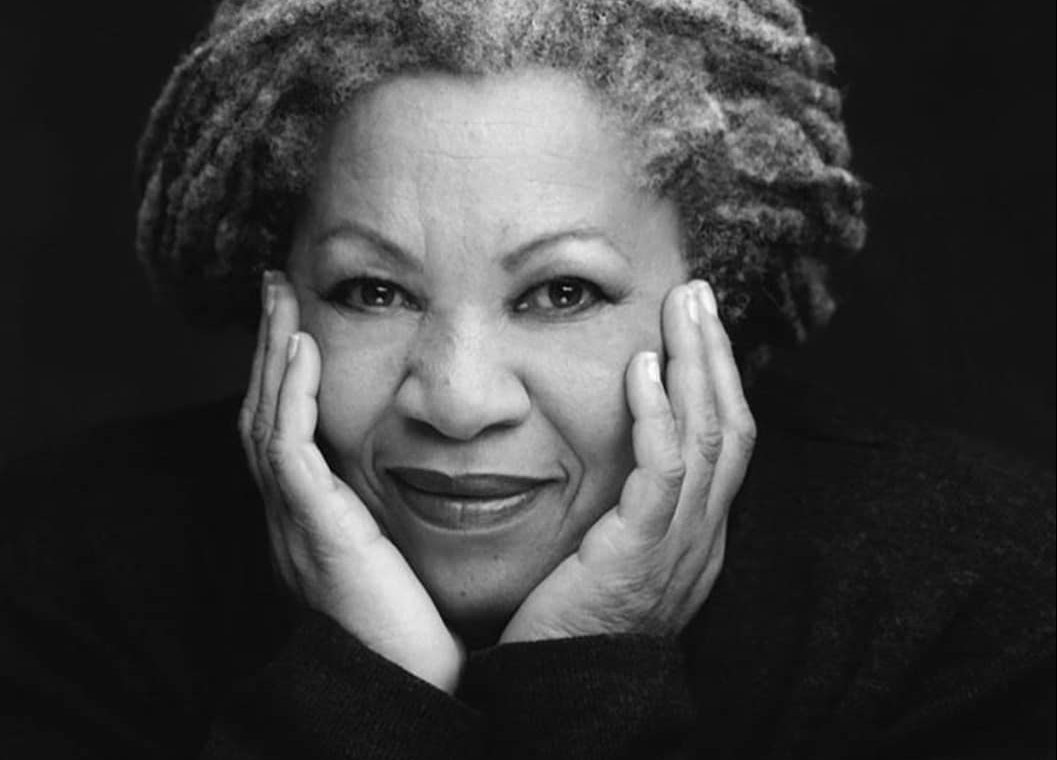 I cried when I heard the news that Toni Morrison had died at the age of 88. I was just 14 years old when her first novel The Bluest Eye (1969) was published. I would read the book ten years later as my first Toni Morrison book and I never stopped reading her works up until her last novel, God Help the Child (2015).

It was 1971 when my Father, who was a community organiser in Southampton, took me to a meeting at the local Community Race Relations Council. They were discussing ways of engaging young people from the predominantly immigrant community and had planned a weekend away which they were looking for young people to sign up for.

However, there was resistance, especially from the Indian parents to allow their young daughters and sons to join the group. I went home and spent several days persuading my parents to let me go.  They did and this weekend would change me forever.

During that weekend, I heard the leaders talk about immigration, colonialism, slavery, Black Power, and as a sixteen-year-old, I tried to make sense of it all.  I came away transformed, energised, and inspired to fight for change, for our place in British society and to honour the sacrifices made by our parents’ generation.

The weekend away spurred me to read, starting with Soul on Ice, a memoir and collection of essays by Eldridge Cleaver (1968), followed by  Seize The Time – The Story of the Black Panther Party and Huey P Newton (1970) written by Bobby Seale and The Autobiography of Malcolm X (1965). His philosophy of black pride, black nationalism and pan-Africanism would lead me to the discovery of incredible authors like James Baldwin, Richard Wright, Ralph Ellison, Huey P Newton, Stickley Carmichael and Zora Neal Hurston (to name a few). This path would eventually lead me to Toni Morrison’s The Bluest Eye in 1979 and the pain and the rage it unleashed in me remains with me to this day.

Although I never met Toni Morrison, she shaped me as a woman of Punjabi heritage who came to England in 1965, not speaking a word of English. In my comprehensive school for mainly children of immigrants and white working-class English, or the teachers training college where I trained as a teacher, nobody encouraged us to read these books. But to my teenage amazement, all these books were available in my local library in Southampton! It was my own curiosity that led me to discover these writers and through their writing to feel and understand the pain of the African American experience. They lit a fire for truth and justice in my belly which burns to this day, gave me moral strength, and shaped my politics and cultural activism.

Toni Morrison fuelled my passion for justice, teaching me to never be afraid of confronting injustice. I loved how she put African American women centre stage in her stories and the way she wrote about black people from an insider’s perspective without seeking white approval.

“I’m writing for black people, in the same way that Tolstoy was not writing for me, a 14 -year old coloured girl from Loran, Ohio. I don’t have to apologise or consider myself limited because I don’t write about white people – which is not absolutely true, there are lots of white people n my books. The point is not having the white critic sit on your shoulder and approve it”.

When Julian Henriques, Director, Babymother and I [the producer] were asked why there are no “white characters” in our film, a reggae musical set in Harlesden, London; we said because they are not part of the Jamaican dancehall community where the story is set.

In 1986 when I made the move to work in the UK film and television industry, I recalled these writers who had shown me that the more specific you can make your story, the more it will resonate across cultures. From 1979, when I read The Bluest Eye to 2015 when I read God Help the Child, in Lagos, Nigeria; Toni Morrison’s characters and words have travelled with me across the world.

Toni Morrison was the senior editor at Random House in New York for over 20 years where she helped develop a cannon of African American work. Among the distinguished African American writers, she helped publish were Toni Cade Bambara, Gayl Jones, Angela Davis, and Muhammed Ali. She edited the renowned The Black Book, an anthology of the history of African Americans. In 1989, she was appointed professor of humanities at Princeton University.

In 1993, she became the first black woman to win the Nobel Prize in literature and in 2012 she was awarded the Presidential Medal of Freedom by Barack Obama, a fitting tribute to a writer whose stories touched so many souls.

Today, there is shelf dedicated to Toni Morrison books in our home.  My reading of The Bluest Eye in 1979, was immediately followed by Sula (1973) and Song of Solomon (1977) for which she won the National Book Critics Circle Award. Then in 1987 came Beloved, an epic story covering 150 years which explored the terrible impact of slavery, its brutality, and its dehumanisation, on a young mother who murders her child to prevent her being repossessed by the slave owner from who she has escaped. Beloved was awarded the much-deserved Pulitzer prize for fiction in 1988. Other works include, Jazz (1992), Paradise (1998), Love (2003), A Mercy (2008), Home (2012) and finally God Help the Child (2015).

I am yet to read her collection of essays and speeches written between 1976 and 2013 titled Mouth of Full Blood, published in February 2019.

Toni Morrison lived her passion and purpose and in her own words,

“I feel totally curious and alive and in control. And almost…. Magnificent, when I write.”

Today, I watch with joy as my two daughters Mala and Anuradha Henriques read her books, and those of other great African American writers who occupy the bookshelves in our home.

While, I am sad to see her go, I am deeply grateful for all that she enabled this woman from rural Punjab to become. Rest in peace dear Toni Morrison, your legacy endures in us, our children, and generations to come.