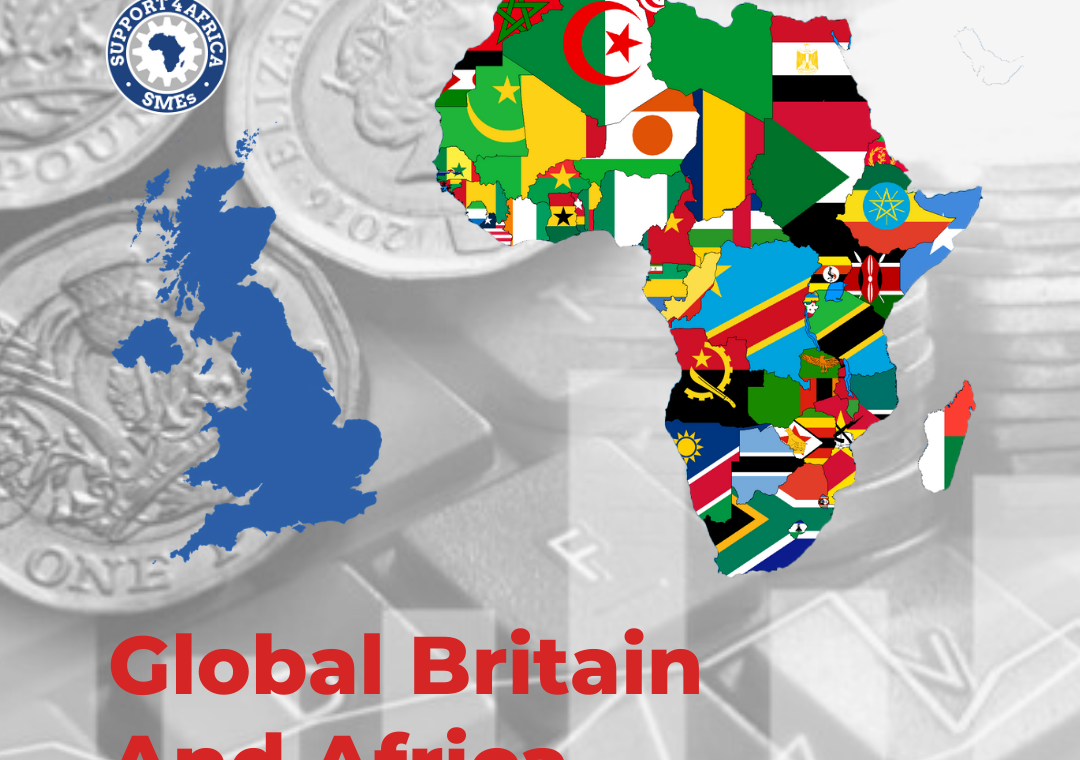 In 2014, I left the UK to work in Lagos, Nigeria and returned five years later to a very different country: new government, no longer a member of the European Union, a global pandemic which has hit this country severely. The Black Lives Matter movement has further exposed the continuing structural and systemic racism in UK society. Personally, it has been challenging to reintegrate back into Britain.

Amid all this, Britain is trying to redefine its presence on the world stage which it calls Global Britain, the country’s politics in 2021 and beyond? How will this narrative impact economic, cultural and social diplomacy with the new international markets, especially Africa where I spent the most exciting, fulfilling past five years, empowering African entrepreneurs?

With this article, I hope to kick start a conversation and our place in shaping the Global Britain narrative.

So, what is Global Britain?

In short, Global Britain is the UK government’s term for its foreign policy following Brexit. On 16th March 2021, the government published “Global Britain in a Competitive Age”, a 114-page “integrated review” intended to signify that the country will embody a global outlook that goes beyond Europe, reinvesting in global relationships and redefining its presence on the world stage.

Global Britain is this government’s vision for reassessing how we engage on the global stage. From my research, the government is already striking new trade deals with new markets. The UK will host the 26th UN Climate Change Conference of the Parties (COP26) in Glasgow on 1-12th November 2021, to galvanise worldwide efforts to tackle climate change. As the President of G7 Summit 2021, to be held in the UK from 11-13th June 2021, it is using its convening power to push to include three other big democracies, South Korea, India and Australia into the group, which is welcome news.

The finalisation of the UK’s exit from the EU prompted the launch of an Integrated Review to define the Government’s ambition for the UK’s role in the world and the long-term strategic aims for national security and foreign policy. The Review sets out means by which the UK can sustain its openness as a society and economy, underpinned by a shift to a more robust position on security and deterrence, a renewed commitment to the UK as a force for good in the world, and an increased determination to seek multilateral solutions to challenges like climate change and global health crises.

The Integrated Review was also catalysed by the government’s decision to merge two government ministries – the Foreign Office and the Department for International Development.  The rationale given was to align Britain’s foreign aid with its strategic and commercial interests. The Integrated Review sets out the FCDO’s priorities: allocation of resources in an integrated way that delivers greater impact for UK aid, building modern, strategic partnerships and delivering on UK diplomatic and political interests. The UK possesses the third biggest aid budget and diplomatic network in the world. Global Britain is a way to make the best use of these assets, to champion small businesses, and to find better ways to contribute to long-term and sustainable economic growth.

The Integrated Review notes that “the strength of the UK’s soft power cannot be taken for granted. As a vital part of our foreign policy, it requires thoughtful investment that enables our domestic assets and international activity to thrive in the long term.” The Review reaffirms the UK’s continued relationships with several regions to achieve these objectives, and most notably, a new focus on the Indo-Pacific region to boost Britain’s trade, security and diplomacy in a region that is seeing fast economic growth and is leading and adopting digital and technological innovation and standards.

The Foreign Secretary has described a three-pillar vision of Global Britain:

Considering a shifting global context due to COVID-19 and a new relationship with Europe, Global Britain has been cited as a means for the UK to “reinvest in relationships, championing the rules-based international order and demonstrating that the UK is open, outward-looking and confident on the world stage”.

The government believes to maintain a leading position as the world changes and without the EU, the UK needs to embrace an ambitious vision and strategy for soft power for a Global Britain, a continued commitment to multilateral, mutually beneficial co-operation and international development; and a renewed investment in the diplomatic network.

Advocacy for Brexit was partially founded on the idea of a more sovereign Britain, one better able to pursue its commercial interests more successfully and enhance its voice internationally. However, the UK will also no longer be able to rely on the European Commission to manage trade negotiations with other major blocs and emerging markets and will need to expand its diplomatic presence in major capitals around the world and at the multilateral level.

The integrated review aspires for Britain to be recognised as the “science and technology superpower by 2030 and has already committed a £15 billion fund to achieve this goal. Britain wants to “co-create” pivotal technology with partners.

The review has received warm welcome abroad especially the USA, Europe and Asia. But it is Global Britain’s engagement with the African continent which intrigues me the most.

From my current work in Africa, the 54 African economies are not looking for aid, but trade and investments and long-term partnerships. Over the five years, I travelled to 50 of the 54 African countries, met Africa’s most exceptional talent, re-imagining history, pursuing incredible dreams, entrepreneurial pursuits, and humanitarian work across the continent. I have been especially struck by their sense of deep pride, desire, and passion to create a better African continent.

For Global Britain to succeed, it must engage with the new face of Africa – its young entrepreneurs. In 2015, there were 226 million young people aged 15-24 living in Africa, making up one fifth of the world’s youth population, and this population is expected to increase by 50% over the next 30 years.

The paradigm has shifted, and Global Britain will need to accept that Africa must determine its own ‘rules of engagement’ with Britain. It must imagine the people of Africa as being central to creating wealth, finding solutions to their own problems, owning their voices and directing their futures.

Historically Africa has been viewed as a problem to solve, but in 2014, when I arrived in Africa, there was a growing recognition that it was an opportunity to seize. During the five years, I was struck how the USA, France, Germany, Denmark, and many other European countries were leveraging soft power to build business relationships. They were no longer coming with an aid agenda but with investment and trade, embracing new ways of engaging with these new commercial opportunities. The same was not apparent from the British. Global Britain is an opportunity to shape a new way of working with Africa.

Africa – Trading with a Global Britain

It is good to read that the Integrated Review pledges to revitalise the UK’s economic engagement with Africa, “deepening and developing mutual partnerships, working together to build resilient and productive economies and open societies, with improved development, investment and financing offers, more effective humanitarian response, increased climate resilience and reduced security threats”.

To increase diplomatic engagement with Africa, while managing major bilateral relationships, the UK will have to mobilise its multilateral partnerships, and facilitate educational exchanges through overhauling the visa application process to build a mutually beneficial foreign policy. The Review also notes a commitment to partnering with South Africa, Nigeria, Kenya, Ethiopia and Ghana to further shared prosperity goals, democratic values and security interests, build resilient and productive economies and open societies, and improve development, investment and financing offers.

I believe Global Britain is an opportunity to harness the entrepreneurial spirit of young Africa to work with the entrepreneurial British talent in tech, innovation and entrepreneurialism to find creative solutions to global challenges. But for Global Britain to fully leverage the opportunity of new international markets, it will require a fundamental shift in mindset. These markets are dynamic, growth is rapid and entrepreneurial, not looking for grant aid or a handout. They are looking for business partnerships to use the collective force for mutual economic transformation. Global Britain must align its strategies and implementation plans to build new strategic partnerships, collaborate to scale solutions, share expertise and combine diverse networks to go further faster.

I recently watched Loyiso Gola, the South African comedian, who teased British audiences about Brexit. “You are trying to leave Europe. Where are you going to go? Because you are not welcome in Africa!” Joking apart, Global Britain will need to win the hearts and minds of young Africa and earn its place in the new Africa. Watch his solo show, Unlearning, the first ever stand-up special from Africa on Netflix.

So, what do you think is the opportunity of Global Britain? Please share your thoughts and let’s kick start a conversation. 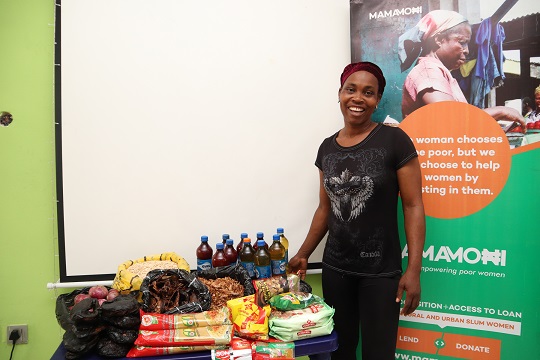 BEYOND THE KNOWN 2021: ACCELERATING MSME ACCESS TO FINANCIAL SERVICES THROUGH NEW TECHNOLOGIES AND SKILLS DEVELOPMENT PROGRAMME

BEYOND THE KNOWN 2021: ACHIEVING DYNAMIC AND RESILIENT ENTREPRENEURIAL ECOSYSTEMS 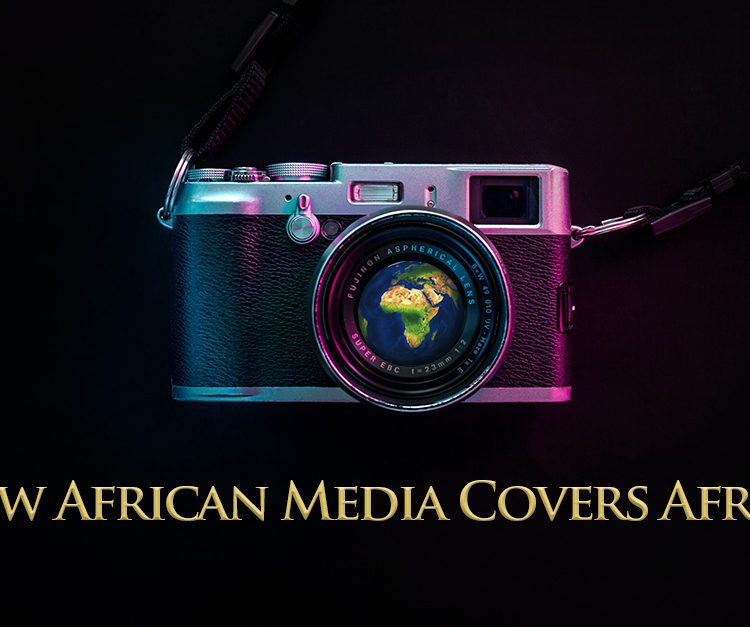