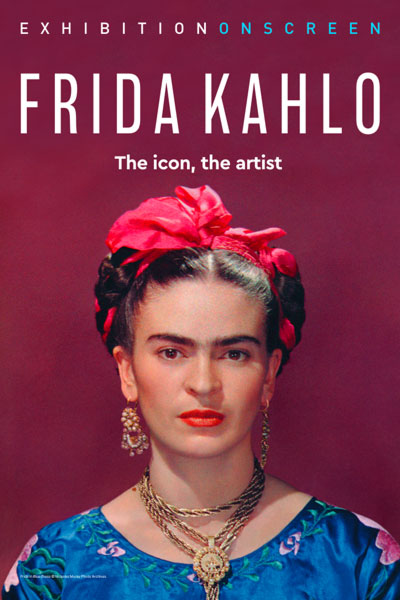 It was 10 years ago that I travelled to Mexico City, to visit my daughter Mala Henriques who was doing her study abroad year at the University of Guadalajara. We spent a few days in Mexico City and went to the Museo Frida Kahlo, known as The Blue House. As you enter the courtyard, you know this is more than just a museum – it is a home, her creative universe, a place where she was born, lived, and died. Even as I write, I am transported back to the Blue House, walking from room to room, her bedroom, the dining room, the kitchen, the studio where she painted, the trees and the flowers in the courtyard. As we wandered through this deeply personal space, absorbing the bright vivid colours, you felt her intense presence. I was aware of her work and her narrative story has been so well documented, and had watched the biographical film titled Frida starring Salma Hayek in 2002 at the Cannes Film Festival.

So this week, as part of the 2021 Bafta screenings, I found myself watching the documentary film Frida Kahlo, directed by Ali Ray and produced by Phil Grabsky for the Exhibition On Screen (EOS). If you think you know Frida Kahlo, think again, and I invite you to watch this moving documentary to go beyond the ubiquity of her image as an icon on cushion covers and t-shirts.

Who was Frida Kahlo? Everyone knows her, but who was the woman behind the bright colours, the big brows, and the floral crowns?

The director invites you to discover the real Frida Kahlo as she takes us on a journey through the life of a true icon, discover her art, and uncover the truth behind her often-turbulent life. Using letters Kahlo wrote to guide us, this film reveals her deepest emotions and unlocks the secrets and symbolism contained within her art. This personal and intimate film offers privileged access to her works and highlights the source of her feverish creativity, her resilience, and her unmatched lust for life, politics, men, and women.

Ali Ray, a journalist and factual television director, specialising in popular art history, food and travel said, “directing this film has totally changed my view on Frida Kahlo as an artist. Having access to her personal letters was a key part of making the film, and in my own understanding of her work. It enabled me to see how the fragility and insecurities revealed in her letters were processed through the act of painting. Her meticulously painted canvasses were how she interpreted the world, her politics, passions and emotions, transforming them into images of strength, defiance and understanding”. Ali Ray, EOSFridaKahlo.

Delving deeper than any film has done before, engaging with world-renowned Kahlo experts, exploring how great an artist she was, discover the real Frida Kahlo.

Moreover, watching this film also led me to another discovery – EXHIBITION ON SCREEN – an originator and pioneer, bringing exhibition-based art films to the cinema. Working with top international museums and galleries, EXHIBITION ON SCREEN creates films which offer a cinematic immersion into the world’s best-loved art, accompanied by insights from the world’s leading historians and art critics. Launched in 2011, EOS has released 26 films which have been shown in over 66 countries across the world. In the time of Covid and beyond, this is an amazing resource, made available online through the Seventh Art Productions HomeView store for streaming or download, as well as on DVD.

A film about “female artists has long been overdue in our catalogue”, said Phil Grabsky. Having reviewed the EOS list of films, I agree, and Frida Kahlo is indeed a great artist, to begin with. My request to the founders is they should extend their creativity and platform to showcase artists from the African continent, India, and Asia.

You can watch the film #EOSFridaKahlo and many other legacy films from this remarkable platform. And when Covid is over, I urge you to visit the Blue House – Museo Frida Kahlo in Coyoacan, one the most beautiful neighbourhoods in Mexico City.