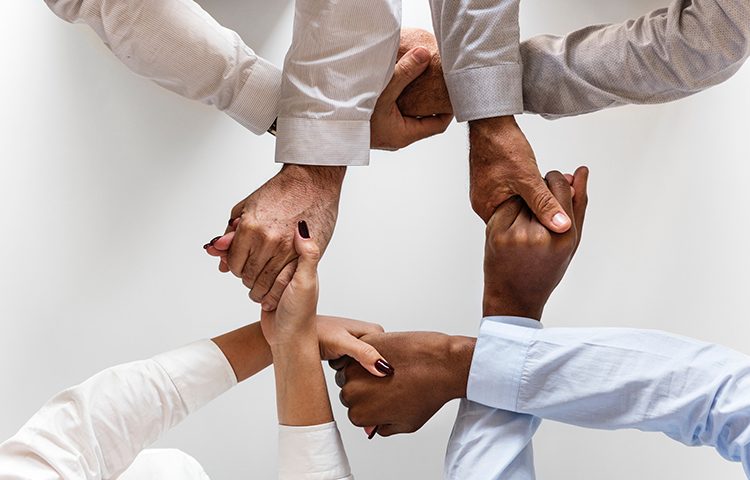 This is a case study of a diversity initiative in the Broadcast industry. It sets out how the leading broadcasters came together to launch the Cultural Diversity Network (CDN) and its achievements since October 2000.

In 1995 Carlton commissioned research which showed that it was losing large chunks of its Black and Asian audiences to cable and satellite channels. ITC and BSC research confirmed these findings adding that ethnic minorities found terrestrial television to be increasingly irrelevant to their lives.

It was clear that the whole of the broadcast industry faced the same issues. Clive Jones, Chief Executive, Carlton Channels responded to a proposal to create a cross industry network of broadcasters to pool resources, share information and models of good practice to put cultural diversity on the top of broadcasting’s agenda.

The first meeting of the CDN was held on 8thFebruary 2000, hosted by Clive Jones at Carlton Television in the presence of the Secretary of State Chris Smith.

When Greg Dyke, the new Director General of the BBC, chose to make his first public speech at the Race in the Media Awards in April 2000 he endorsed the need for the industry to work together to make a difference. In his speech he committed the BBC to change and set a number of targets for the organisation.

On 12th October 2000 the Chief Executives of all the leading broadcasters came together to launch the CDN Manifesto.

The Cultural Diversity Network aims to modernise the portrayal of ethnic minorities in mainstream programming so that racial diversity on and behind screen reflects today’s multicultural Britain.

In pursuit of the mission statement the Cultural Diversity Network will establish targets, policies and timetables for full inclusion to be achieved in employment and professional services, casting and portrayal on screen, content creation and development, programme production, distribution and promotion and in the financing and training of ethnic minority individuals and business talent.

The CDN has agreed to develop cross-industry initiatives and share expertise, resources and models of good practice in an effort to ensure that television responds to the changing demographics and consumer markets in its programming and employment policies.

All the broadcast companies signed up to these basic objectives:

There is cross industry consensus that we need to establish a database of ethnic minority talent, which will be an essential tool, and a way of taking away the excuse – “I don’t know where to find the talent”.

To modernise the portrayal of ethnic minorities in mainstream programming.

To sensitise the Broadcaster, network executives, controllers and commissioning editors so that they call for diversity in content and employment.

Monitoring of the key objectives set by CDN and its agreed plan of action is vital to ensure that real change takes place in our industry. In this respect the DCMS has agreed to monitor progress.

Each channel, broadcaster and trade organisation produced their own three-year action plans spelling out how they would meet these challenges. These were launched at a press conference on 12thOctober 2000.

“It is essential that today’s multicultural society should be reflected both in front of and behind the camera.  Whatever someone’s ethnic background, they should have the opportunity to develop their talent and potential within the UK broadcasting industry, and it is in the interests of the industry to take full advantage of all the talent available.”

“The membership of the CDN is drawn from almost every aspect of British television.  Our operations are very different, and in many fields of activity we’re fierce competitors.  However, in cultural diversity we are united on a range of core objectives across a number of areas. Manifesto 2000 represents the most concerted push for ethnic equality in the history of our industry – on screen, off screen, in the edit suite and in the boardroom.  We believe we now have an agenda, shared across the industry, that will change the face of British television.”

Since its launch in October 2000 the CDN has made considerable progress to develop a number of cross-industry initiatives:

All the broadcast companies have adopted the Diversity Clause proposed by the CDN. All programme proposals submitted to the major broadcasters will have to indicate how they will be appropriately multicultural in terms of content, production talent and screen talent. Diversity will become one of the criteria against which a programme proposal will be evaluated for commission.

We have produced common Portrayal and Production monitoring forms. Every producer will be required to fill out this form on completion of a programme. The information will be collated by each company and shared with CDN. This will be used to assess progress and identify problem areas. We believe the Monitoring Forms will assist the programme makers in making diversity a natural process.

CDN has agreed to develop a cross industry research project to track portrayal on an annual bases which the BSC has offered to undertake. The research will inform and advance the CDN shared objectives of modernising the portrayal of ethnic minorities in mainstream programming.

The CDN has conducted an audit of the Training initiatives and practices related to promoting or managing cultural diversity in the television industry.

We have made progress with series like Clocking Off,Holby City,Perfect Worldand  EastEnderswhere Black and Asian Actors are being cast regardless of race or colour. New programmes such as Crossroads, Night & Day, Othello, The Vice, Single Voicesand Babyfatherhave embraced integrated casting to reflect today’s Britain.

Members of the CDN have organised a wide range of events including networking dinners, seminars, workshops and masterclasses. Sponsored events such as the MOBOs, EMMAs, RIMAs and the Carlton Multicultural Achievement Awards have celebrated cultural diversity.

CDN has established a shared talent database to plug the gap in knowledge.

One year on the CDN held a conference on 29thOctober 2001 to review what had been achieved in reflecting multicultural Britain on our screens. Chief Executives from the BBC, Channel Four, ITV, Channel 5 and BSkyB outlined the most significant multicultural breakthroughs in their respective companies. Senior Broadcasters, Creative Controllers, major Independent Production companies, government representatives and Black and Asian creative talent attended the conference. A Conference report was published and distributed across the industry in December 2001.

Having established the CDN as vital catalysts for change in January 2002 the CDN Secretariat was passed to Channel 4 with Mark Thompson, Chief Executive as the chair. In December 2004 this will be assumed by BBC with Greg Dyke as the new Chair of the CDN for 2004.

– A series of events on Broadcast Employment from access to senior level.  How can broadcasters support each other to deliver the employment targets they have set?  Share examples of good practice, initiatives and schemes for bringing new talent into the industry and fast tracking existing talent.

–    A series of seminars on Portrayal, using the BSC research to be published in June. The seminar will be aimed at producers, casting directors and controllers.

–   Each broadcaster to hold a series of meetings with the respective ‘suppliers’ to see how they are delivering on Diversity, in terms of on and behind screen representation.

–   Develop the Talent Database and roll it out as shared resource by all the broadcasters.

On 14thFebruary 2003, the Chief Executives met for a second conference. As part of the review CDN had commissioned an independent appraisal of our 2001-2002 Action Plan updates.

He began by reminding us the business case for diversity. Ethnic Minority people spend over £20 billion in the UK economy. Approximately 9% of the UK population are from Ethnic Minority communities’ i.e. over 4 million people. Broadcast companies need to utilise Ethnic Minority resources to improve national economic performance, social cohesion and inclusion.

The audit confirmed that since the establishment of CDN in 2000 real progress has been made. The CDN has been a catalyst in leading all the key players within the broad industry to set themselves diversity targets.

The Chair of the CDN will pass to the BBC one of the largest broadcasters in the UK employing some 30,000 people including freelance workers. The challenge isto make cultural diversity part of the companies vision and value system linked to its business performance. While we have begun to engage a diversity of freelance talent we still need to do more work in the employment of senior black and Asian executives across production and technical areas especially studios, camera, sound, design and engineering departments to reflect diversity in their workforce.

To remain a modern and relevant the terrestrial channels need to change the “snow peak” senior management and board level representation in their companies. We need to halt the “revolving door” syndrome and focus our attention on recruitment, retention and development of the creative and business management talent from the Ethnic Minority communities.

The CDN has been a catalyst in leading all the key players within the broad industry to set themselves diversity targets.  It has generated a template to help the television industry achieve diversity. It has also become an important model for other creative industries, private and public sector to adopt.