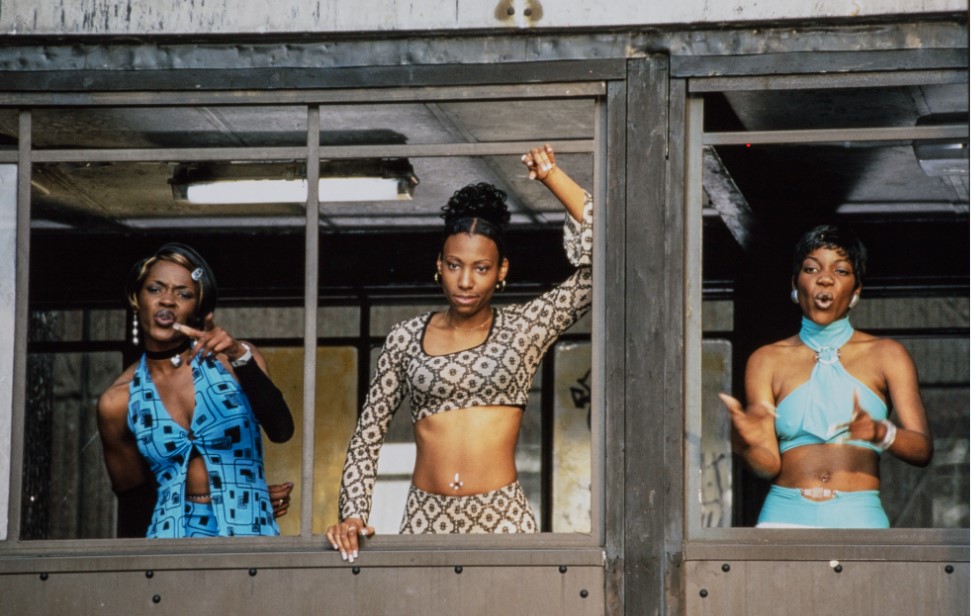 We never know what we are doing when we are doing it. When we were making Babymother in the late 1990s, it never crossed our minds that in 2021 it would be hailed as a “Classic” by a generation who were hardly born.

With the BFI Blu-Ray release of Babymother in July 2021, it’s been gratifying to read such positive reviews and to find the amount of interest there is in the music, style and fashion of an often-overlooked area of London – Harlesden NW10. The film was released in the summer of 1998.

Written and directed by Julian Henriques and produced by me, making a reggae musical film was hardly the easiest of tasks and we certainly learnt a huge amount from our first independent feature film. Babymother follows a young babymother Anita (Anjela Lauren Smith) who dreams of a successful dancehall career and forms a vocal group with her two best friends, Yvette (Jocelyn Esien) and Sharon (Caroline Chikezie). The film features music by the renowned Beres Hammond, Carroll Thompson and Cinderella. It is regarded as Britain’s first Black musical, with an all-Black credited cast and specially commissioned songs by Harlesden musicians.

We made Babymother, living so thrillingly in the moment. Watching the film today, with different eyes, with knowledge and experience of what has come since. The film is the same, but the social, cultural and political Black British experience has changed in many ways – and remains the same in many others. We can sit back and enjoy the film with an entirely new audience.

Twenty-three years on, the BFI Blu-ray release includes several special features: the 1992 short musical film “We the Ragamuffin”, also directed by Julian Henriques, interviews with the lead actress, and music consultant, as well as with Julian and I, and an illustrated booklet only available in this first pressing with essays on the film and original press material. The Blu-ray is available from the BFI here.